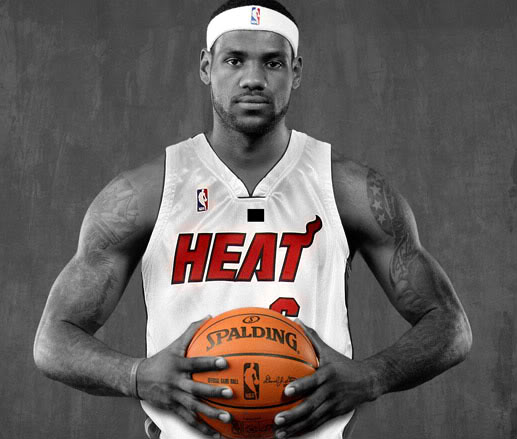 In this shortened 2011-12 campaign, the NBA was very cautious about its players health. With teams playing back-to-backs, and in some cases, back-to-back-to-backs, many thought the league’s stars wouldn’t post the stats they’ve grown accustomed to. Tell that to LeBron James. Today, according to numerous sources, the association will name Miami Heat forward LeBron James its 2011-12 MVP. An award that James has now won for an unprecedented third time, placing him in elite company.

While leading his team to a 46-20 regular season record, James averaged 27.1 points per game in only 30 minutes per game. LeBron also posted 7.9 rebounds and 6.2 assists per contest almost matching his incredible career numbers. Shooting an impressive 53% from the field, James continues in his Hall of Fame career adding more accolades to his already stellar list of achievements. The only one left is an NBA championship which James hopes to grasp this year as his Heat are a heavy favorite.

They continue in their quest for a ring Sunday in the second round of the NBA Playoffs against the talented Indiana Pacers. But for now, lets congratulate The King on yet another royal feat.