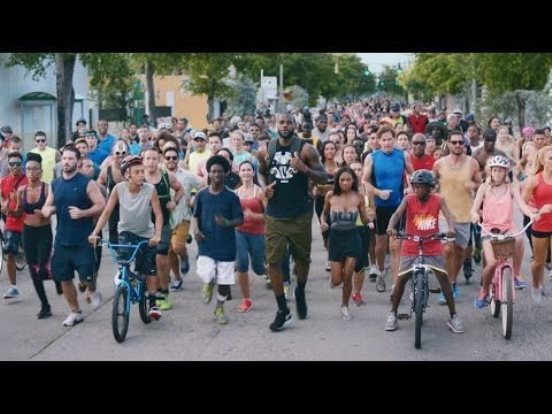 To commemorate his 11th year in the league, Nike spearheads LeBron’s new ad,Training Day, which features a preview of Mike Will Made It’s track with John Legend titled, “My Shoes”. Says Mike:

“This collaboration with LeBron James and Nike is all about expanding. I’ve been blessed to have so much success producing singles for other artists, and now, I’m just trying to stay creative, to start working on more diverse and different projects, like scoring commercials and movies, and executive producing albums and game or movie soundtracks. Miley Cyrus’ Bangerz album was the first project I executive produced.

LeBron is someone that’s been supporting the music I’ve done – he saw that I’m a young cat with no boundaries to my sound. And I’m a fan of his, too. He flew me to Miami while he filmed the commercial, and while I was there I got the chance meet with him and his whole team, as well as the producers from the Nike commercial. They let me know the feel and direction they wanted and I executed. Funny thing is, I already partially had the song, ‘My Shoes,’ done, and we continued to work on it to get it to match the commercial. I reached out to John Legend got him to cut vocals, and he sent it right back. We edited the song to fit the commercial and nailed it. Everyone was excited including Lebron and now we have this Nike spot that we hope everyone enjoys. The full song, my version of ‘My Shoes,’ will be on my album, Est. In 1989 Pt. 3.