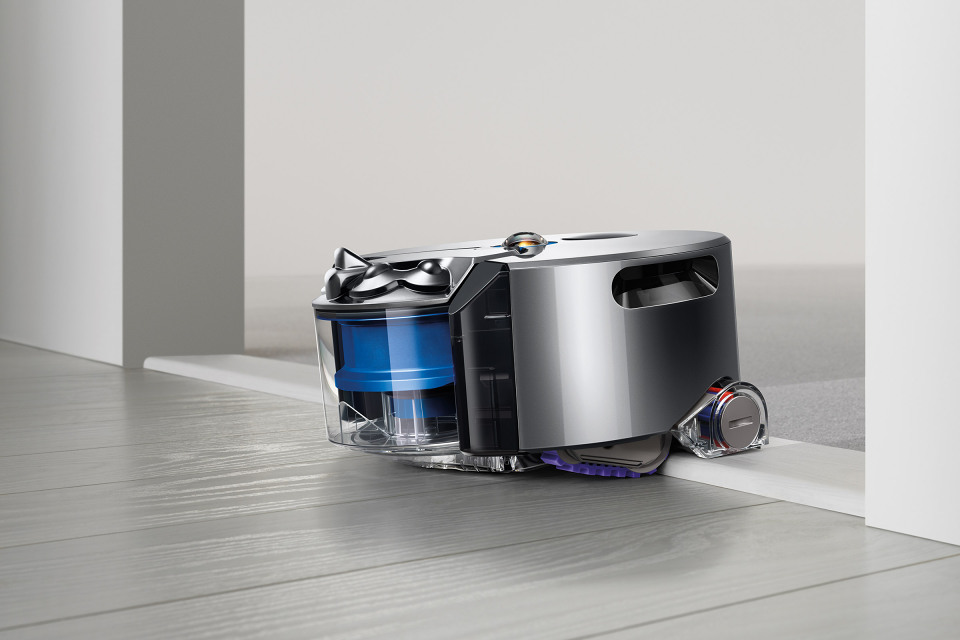 British company Dyson gives Roomba a run for its money with the 360 Eye, an all-seeing robot vacuum. Like all of the brand’s vacuums, the 360 Eye includes Dyson’s patented cyclone technology, alongside a V2 Dyson digital motor. The built-in robotic eye provides a 360-degree live image of its surrounding, telling the vacuum where to go next and building a constantly updated model of the cleaning environment in tandem with infrared sensors. The cleaning buddy can also find its own dock and charge when its power gets low, running between 20 and 30 minutes on a full charge with no degradation in suction power over time. It weighs in at just over 5 pounds with a 0.4-liter bin capacity. Owners will be able to control their robot via an app for iOS and Android which allows for screening via remote connection. The vacuum will arrive in Japan first, with an arrival date of Spring 2015. Dyson hasn’t mentioned pricing or availability in other markets yet, but we’ll be sure to keep you posted as we hear more.