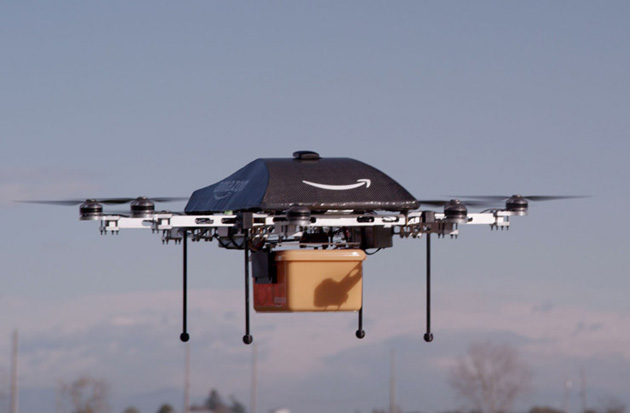 Amazon has just unveiled Prime Air – a delivery service that uses unmanned aerial vehicles to deliver your goods in less than 30 minutes. Unfortunately, the service won’t be up and running for some time as the Federal Aviation Administration (FAA) is still working on putting necessary rules and regulations in place for unmanned aerial vehicles. Amazon has released a commercial with footage from a recent test flight, suggesting the online retailer already has the technology under way. A product of their next generation R&D lab, they’ve announced that once the FAA give the go-ahead, they’ll be able to start shipping via Prime Air hopefully as early as 2015.