Lil Kim Goes off on Wendy Williams Via Twitter [VIDEO] 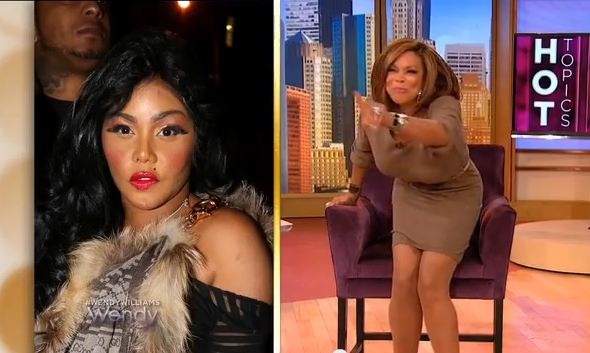 This past weekend, Lil Kim wears very upset with paparazzi and the blogs saying they photoshopped pictures of her altering her face.

Well Wendy Williams talked about it on the show Tuesday. Wendy didn’t really say anything too out of line, pretty much she didn’t say anything that hasn’t already been said.

Check out exactly what she said (around the 3:45 mark).

Once Lil Kim saw/heard what was said she took to Twitter:

Kim was definitely beyond pissed and took it a bit far putting Biggie’s name in it. And how true could that accusation be? Because with all the beef between Wendy and Diddy over the years, and him getting her fired from Hot 97, that surely would have been a tidbit that would have been exposed a long time ago if it was true.