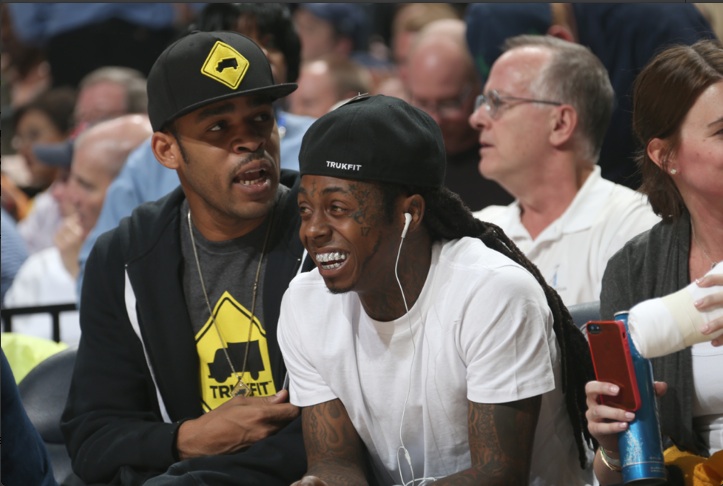 Lil Wayne who has been openly beefing with the Oklahoma City Thunder after they failed to give him courtside seats.  Yesterday was spotted courtside in Memphis as the Grizzlies played the Thunder for game 3 of their playoff series, Weezy of course repped for Memphis. The hometown (Memphis) rap community also showed their presence as rapper YO Gotti and music producer Drumma Boy were also there showing hometown pride..