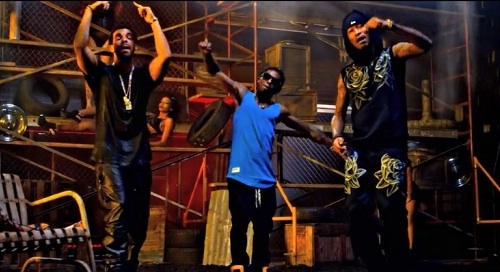 “I appreciate them for even doin’ this ’cause I’m quite sure they hella busy just like I am, but I ain’t never too busy to get in bed with three women with water everywhere.”

The video was directed by Hannah Lux Davis while the track was produced by Mike WiLL Made It.  “The concept of the video is really just to create awesome scenery, a scenery that everyone wanna be in,” he said of the clip.

It appears on his upcoming album I Am Not a Human Being II, due March 26.

I think the video is just as hot as the song. What about you? #SpeakOnIt in the comment section.