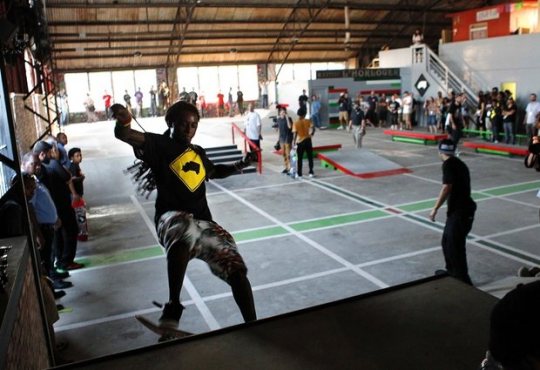 Lil Wayne with the help of Mountain Dew & Glu Agency returned to his hometown yesterday to open up his TruckStop Skate Park in the lower 9th Ward of New Orleans..This area was one of the worst destroyed parts in the city during massive flooding caused by hurricane Katrina 7 years ago..Lil Wayne recently released a new clothing brand “TruckFit” that is carried in Macy’s nation wide to match his new Skateboarding lifestyle..

Lil Wayne had this to say: “I just want to help out my city, help out the people and the kids, give them something to do, something they haven’t done before,” he said. “It’s always good to learn something new.”