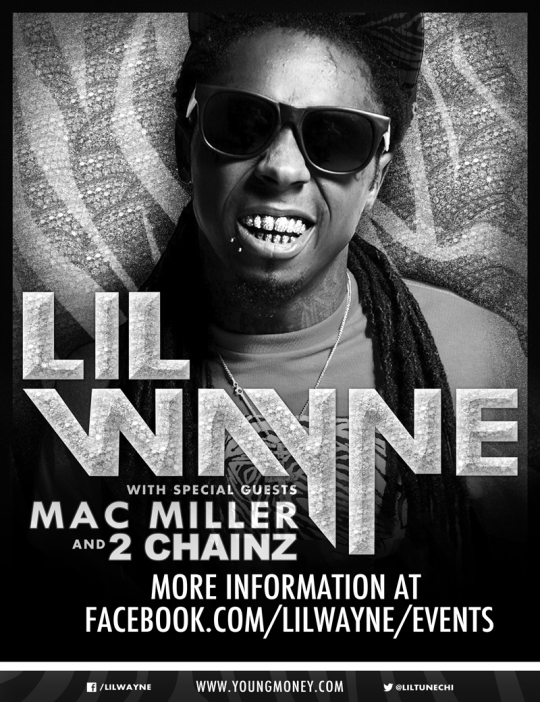 Lil Wayne announces tour dates for his first European tour next year in early 2013. He also lets us know new comers 2 Chainz and Mac Miller will be along for the ride great look for those two artist. The Tour begins on March 8th and tickets for certain shows are now available on Ticketmaster.

Check out all the dates below..