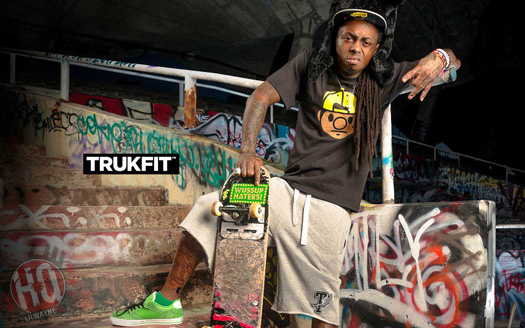 Lil Wayne will be making an in-store appearance at the Macy’s store located in Lakeside Shopping Center on 3301 Veterans Memorial Boulevard in Metarie, Louisiana on February 1st.

Wayne will be at the store at 3:30 to promote his TRUKFIT clothing line. He will also be handing out autographed photos of himself to the first 100 fans that spend at least $100 on his branded apparel at the event.

Here is footage from his last Trukfit in-store appearance in Louisville, KY below..