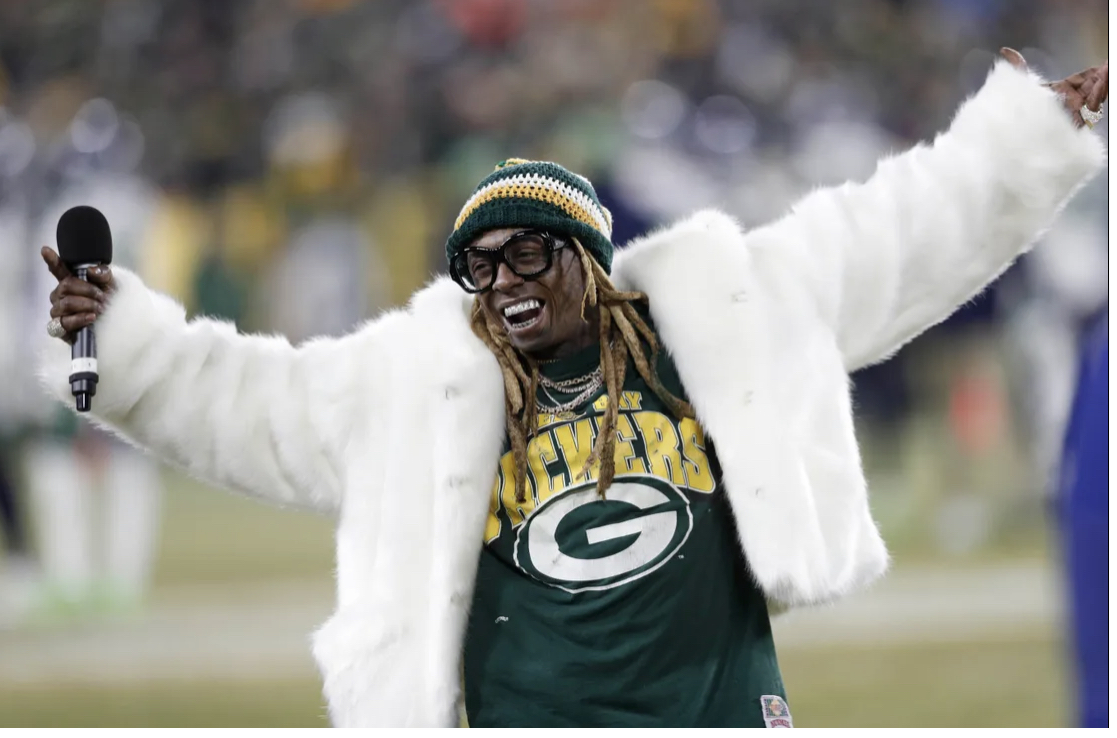 Lil Wayne has dropped a new version of his “Green and Yellow” hype song.

The rapper recorded it this week at the request of the Packers, according to Jenny Taft, moderator of “Skip and Shannon: Undisputed.” Lil Wayne was a guest Friday on the sports talk show and said he put a lot of time into it.

Released on Friday night, it references a lot of the packers players past and presence Here it is:

Wayne is a huge Packers fan. He released the first “Green and Yellow” to support the Super Bowl XLV-bound Packers in 2011. He’s hoping his music might work the same magic this year for Super Bowl LV in Tampa, Florida.

“I did a song before and we had a good turnout. It was successful. We had good results, and we’re going to try to do it again this time,” he said on “Undisputed.”