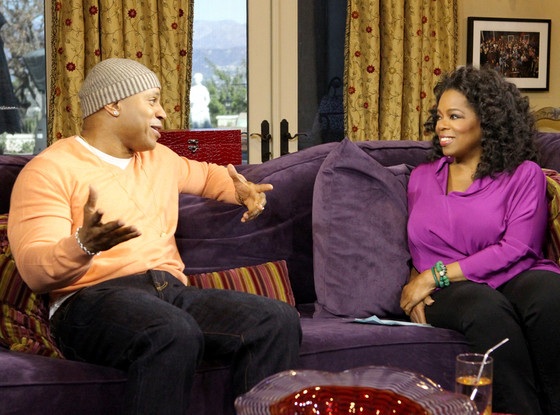 It’s been a while since we’ve seen or heard from the rapper with the sexiest lips in the game, but LL Cool J has sat down with Oprah for her “Next Chapter” series. In the interview Oprah gets LL to open up about his childhood life and how he was abused as a young boy. The only other time LL talked about this subject was in his 1998 autobiography I Make My Own Rules.  The interview was very touching and heartfelt, wouldn’t expect anything else from Oprah.

“You call it abuse, but it was torture,” Winfrey told him when addressing the topic.

“Yeah, a friend of my mother’s, you know it wasn’t sexual, it was just beatings, take all your clothes off,” the rapper explained, “kicked out in the snow, stay outside.”

But that’s not all. LL Cool J continued to say that he would get, “beat with vacuum cleaner pipes, strip naked, ‘Put your hands on the bunk bed,’ and when you fall down, ‘Stand up, get back up.

Catch the full interview this Sunday at 9 p.m PST on OWN.