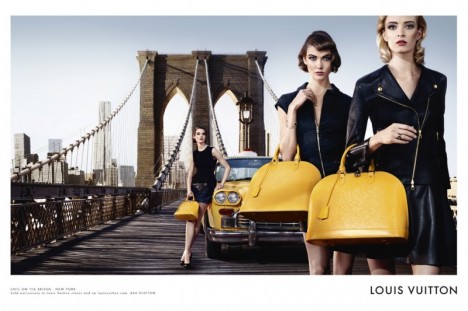 The ads, photographed by Steven Klein, come with the tag line “Chic on the bridge” and focus on landmark spans in Paris, New York and Shanghai.

The four women carry bags in colors that are emblematic of the cities depicted: taxicab yellow for New York, French blue for Paris and lacquer red for China.

Created by Gaston-Louis Vuitton, the Alma bag was originally dubbed the Squire and was rechristened Champs-Élysées before settling on its current name.