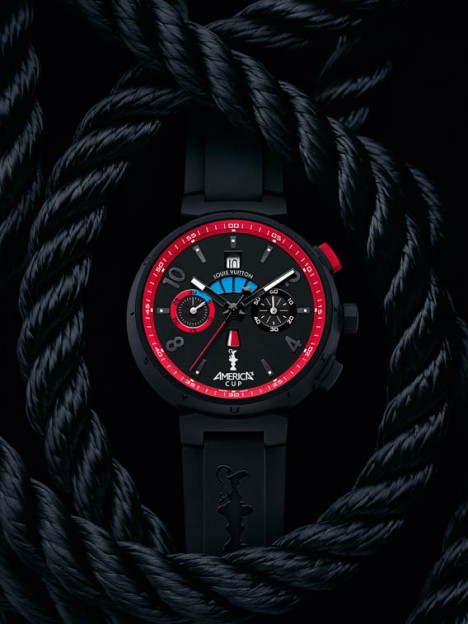 Ongoing right now is the AC World Series, with 4 races completed and two to go.  The next race commences on May 12, 2012 from Venice, Italy.

The Louis Vuitton watch is part of the Tambour collection, with a rubber-coated steel case and auto-mechanical movement with 5-minute regatta countdown.

The America’s Cup logo appears on the dial and is also embossed on the rubber strap.