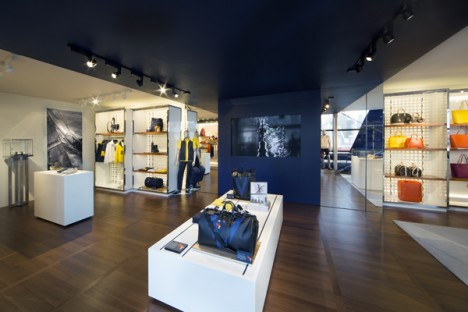 Louis Vuitton has opened the Louis Vuitton Cup Pop-up store in San Francisco, celebrating the 30th anniversary of the partnership between LV and America’s Cup.

Located in the America’s Cup Village at Pier 27/29, the store provides visitors with views of the sailing finish line on San Francisco Bay, while offering the most extensive assortment and exclusive product from the Louis Vuitton Cup Collection.

Designed with a sleek, modern sailing aesthetic accented in navy blue and white, the store will remain open until the races conclude on September 21, 2013.