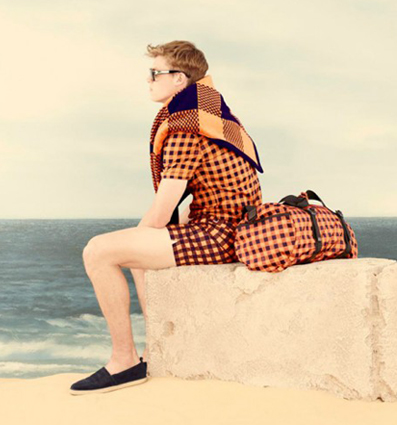 Because I don’t yet know its full or official name, let’s just call it the Pre-Spring 2013 Duffle for now. For those who need more specifics, it’s the light-as-a-feather, Damier-checked (orange and black) parachute material duffle that’s now available in Singapore.

Retailing for SGD1450 a pop, it’s probably one of the most affordable of Louis Vuitton’s bags around, but given the fact that it’s only made of parachute nylon at the end of the day, some of you might actually find it exorbitant. Still, I have no doubt it will sell out in no time, given its functionality, its ease of use and of course, its bright, sunny disposition.
Source: Bagaholicboy