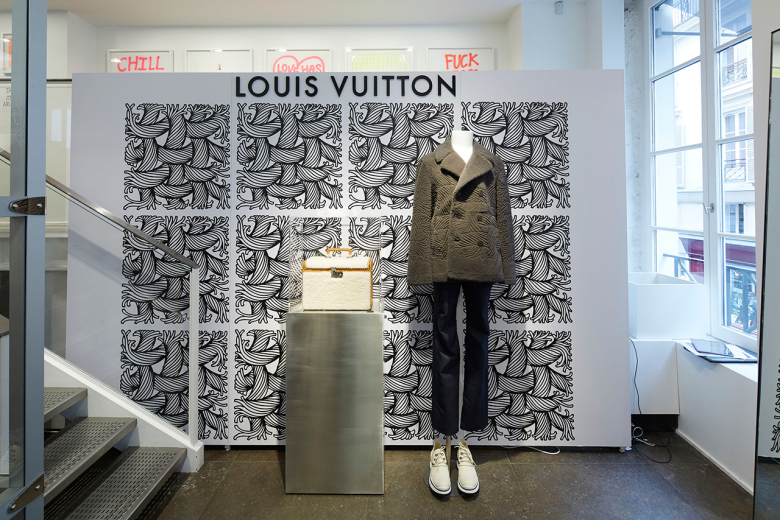 For its first-ever time in Europe, Louis Vuitton will be showcasing its newest collections in a space outside of its own shops. In conjunction with the 2015 Paris Men’s Fashion Week, the luxury fashion house has taken over colette‘s retail space for a joint pop-up shop to display its forthcoming menswear collections for the 2015-2016 fall/winter seasons, which pay homage to the late English fashion designer and artist Christopher Nemeth. For this collection, Artistic Director of Louis Vuitton menswear Kim Jones focused on bringing new textiles and techniques to classic Nemeth designs from his archives, such as the “Harajuku” silhouette which embodies the designer’s work in Japan. The Parisian concept shop has lent its entire upper floor to display a selection of the ready-to-wear menswear collection, including LV trunks, jewelry boxes, leather goods, accessories, and watches, as well as a limited edition Twister canvas. In addition to the pop-up, Louis Vuitton also debuts a brand new men’s Slip-On that features Nemeth’s famous cord print throughout its upper. The Slip-On will be sold exclusively at a limited 50-pair release at the pop-up for approximately $541 USD. Stop by the Louis Vuitton x colette pop-up shop to preview the collections until July 19.