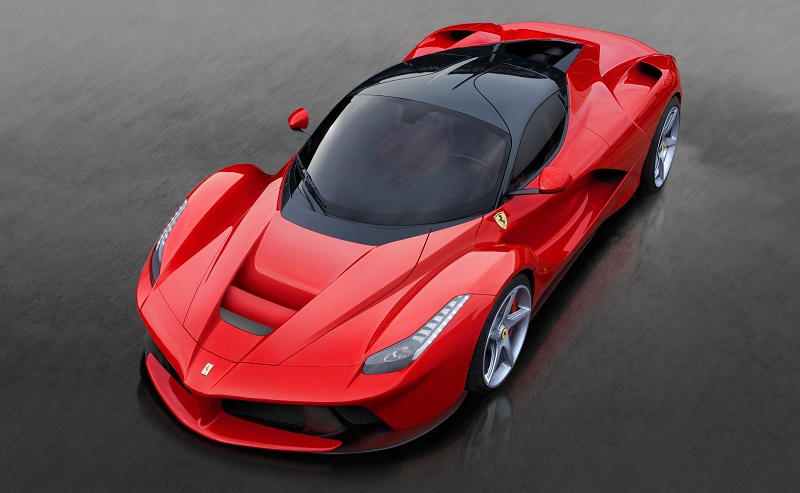 The Ferrari LaFerrari (despite being criticized for the tongue-twisting redundancy in its name) remains one of the most powerful multi-million dollar hypercars that’s ever been produced. Sadly, like the Enzo it replaced, it is sold out. Yet, rumors were swirling for some time that a new hypercar was in the works. Thanks to a little tidbit from Ferrari CEO Sergio Marchionne, this rumor may now be confirmed, and a new drop-top ‘Spider’ version of the LaFerrari is coming up next

Well no one knows for sure of course but sources all over the Internet (including the AFP) are buzzing about the new CEO’s first official interview. Just taking over from Amedeo Felisa this month, Marchionne let the slip in theinterview (with automobilemag.com) that “the only future product connected to LaFerrari is the Spider”, though he added that it was “no secret since potential customers have already been approached”. The original hard-top LaFerrari was the first car to use a hybrid powertrain, and stood out from models made by the rest of its competitors such as Porsche and McLaren by pushing out maximum power all the time.

With regard to cars like the Dino V-6 though (a new ‘entry-level’ compact supercar), Marchionne noted that there were still various questions (“Where should that Dino be positioned? How much should it cost? How would it relate to the next 488…”) to be answered and they “haven’t found answers to these questions yet”. Even so, Ferrari also revealed May 4 that it had its most successful quarter in history with 1,882 cars being delivered to clients around the world since the beginning of the year — a 15% increase on Q1 2015.

Under this new direction, we’ll see where the esteemed company will go next.