Madonna Booed in New Orleans Over Obama: When Pop Stars Get Political 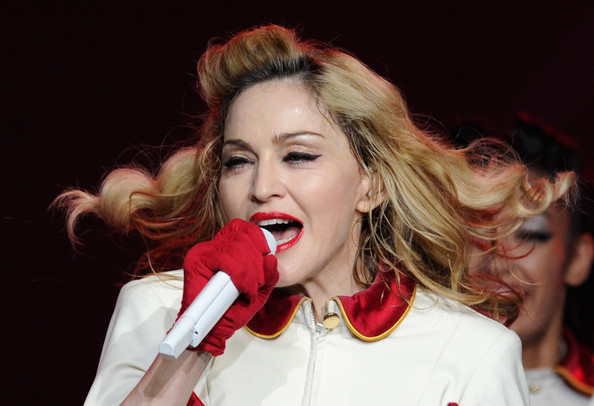 Given the stunts she’s pulled over her decades-long career, Madonna probably didn’t think she was being all that controversial when, on Saturday, she told a New Orleans audience, “I don’t care who you vote for as long as you vote Obama.”

It wasn’t like she’d kissed a black Jesus or anything, but some fans were still riled up over the mid-show political endorsement. The pop star’s statement was reportedly met with boos, and some attendees even left the show. “Seriously, I don’t care who you vote for … Do not take this privilege for granted. Go vote,” Madonna added.

Madonna is not, of course, the only pop star to talk politics onstage this year. While Taylor Swift has refused to comment on her political leanings, a number of high-profile celebs are doing all they can to urge their fans to hit the polls. Here’s a rundown of the most political moments in pop this election season.

Katy Perry Sings Al Green
Katy Perry sang at two Obama re-election rallies in October, adding a cover of Obama’s favorite song (Al Green’s “Let’s Stay Together”) to a string of her own hits for the cause. Perry also slipped into a latex “ballot dress,” which may have struck a chord with Las Vegas’ coveted showgirl vote. The issue dearest to Katy’s heart? Equal rights for all.

Nicki Minaj Introduces Republican Alter Ego
Our Lady of Many Wigs Nicki Minaj raised more than a few eyebrows with her lyrical declaration, “I’m a Republican voting for Romney /You lazy b**ches is f**king up the economy” on a freestyle over her pal Kanye West’s song “Mercy.” When Obama said he suspected the pseudo-endorsement was intended in jest (perhaps the work of an alter ego), Minaj tweeted, “Ha! Thank you for understanding my creative humor & sarcasm Mr. President, the smart ones always do… *sends love & support*”

Kelly Clarkson Endorses Obama, Despite Republican Leanings
Earlier this month, Kelly Clarkson told a UK tabloid that she’d probably vote for Obama again, although she considers herself “a Republican at heart.” Clarkson explained that it boiled down to gay rights policy, for her: “I can’t support Romney’s policies as I have a lot of gay friends and I don’t think it’s fair they can’t get married.”