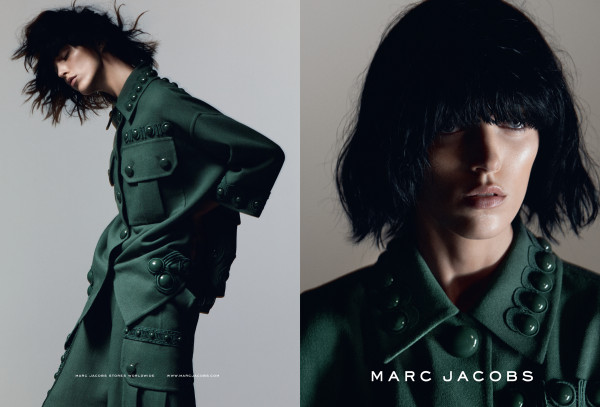 After presenting the first images in December, Marc Jacobs has revealed its complete Spring 2015 campaign with a parade of celebrity models.

This week the American fashion brand unveiled the nine main visuals from its Spring/Summer 2015 campaign, which features some of the top powerhouses of the modeling world, from Joan Smalls and Karlie Kloss to Adriana Lima and Natasha Poly.

Shot by British fashion photographer David Sims, the visuals are presented in a two-page format, with a close-up of the model’s face on one side and a view of the complete silhouette on the other. Each model sports one of the messy black bob wigs seen on the Marc Jacobs runway this season