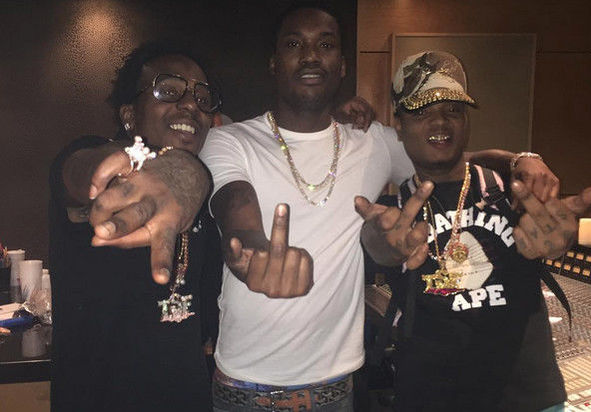 Earlier tonight, we reported that Meek Mill has been in the studio with the Sauce Twinz. As both Meek and Sauce Walka, one half of the Twinz, are beefing with Drake, we had to wonder if, during their session, they recorded a Drake diss track. And, indeed, it looks like they have done just that.

Sauce Walka just shared the artwork to the Sauce Twinz’ collaboration with Meek, and wrote in the caption, “Streetz vs. Geeks.” It’s likely that the track is called “Winnin,” as that’s what’s written on the artwork and in a short preview of the track, you can one of the Twinz repeatedly yelling, “I’m winnin’!”