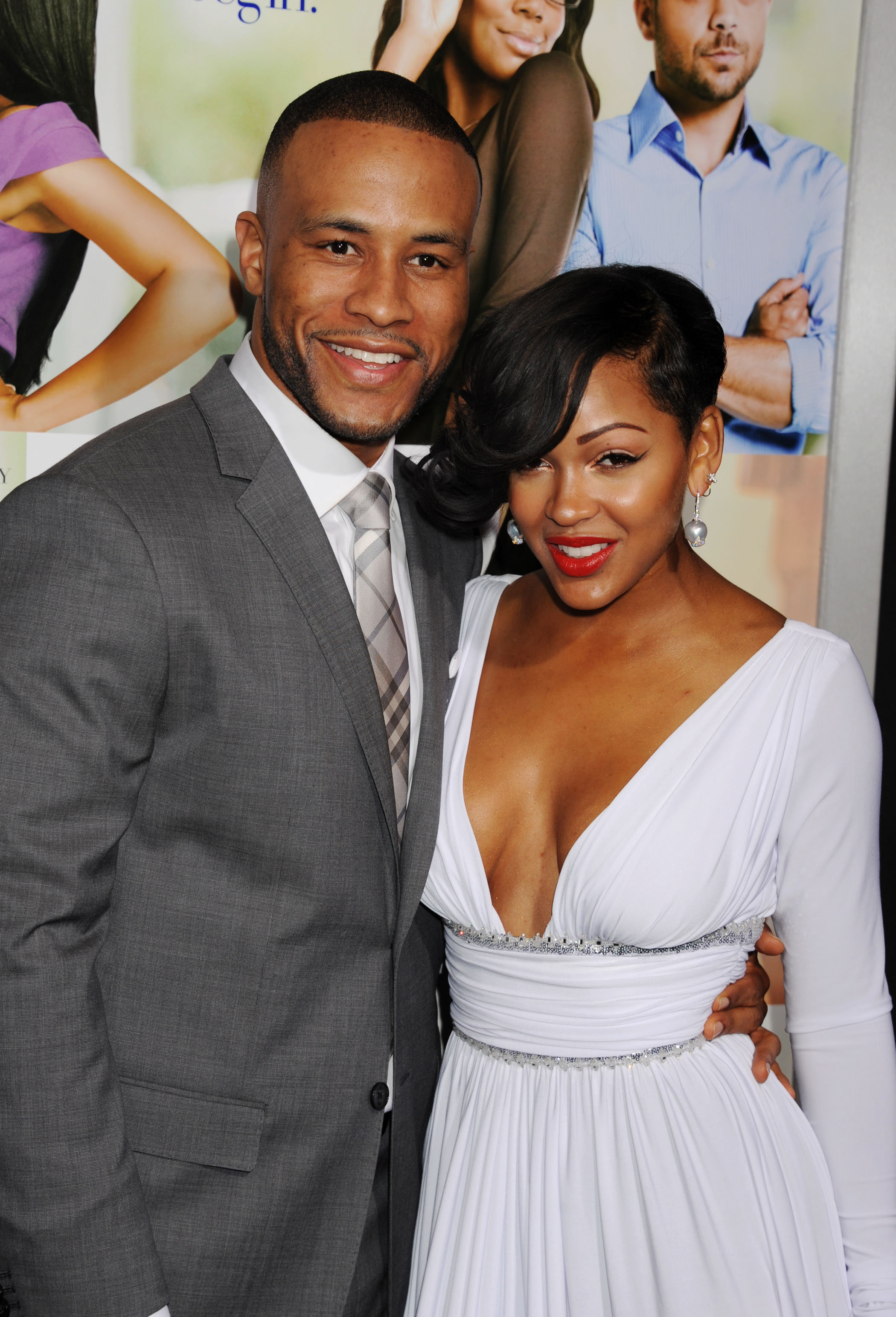 Contrary to popular belief, Meagan Good is not the slore that we have perceived her as all these years from the roles she has played in movies. In real life, she seems to be the total opposite. She is now a glowing preacher’s wife, married to DeVon Franklin…”First Lady Good(Franklin)”, kind of has a ring to it. LOL

The to got together to write a book about relationships and being celibate. The book, tentatively called “The Wait,” has an early 2014 release date, and is supposed to be centered around Meagan and DeVon’s Christian faith and their decision to practice abstinence until they were married.

The two have been more than vocal about their decision to be celibate before tying the knot, with DeVon revealing to Global Grind that he did not have sex for 10 years before marrying Meagan:

She was celibate before we got together and I was celibate. Let me just put it this way, [I’ve been celibate] over ten years. Part of what I also do is preach and the thing that I couldn’t do, which was eating me apart…What was happening with me is that I would go and preach one thing but I was going and living another and I could not do it. I could not look at myself in the mirror. I was like, ‘No, I cannot live like this,’ so I had to stop and say, ‘You know what, until I get married, that’s off the table.

Last year, Meagan also revealed to Wendy Williams that she knew DeVon was her husband when they first met and that she was already practicing celibacy:

[We dated] 10 months before we got married. It was one of those things where I knew he was my husband nine months before  he even asked me on a date. So I had prayed on it and I had got confirmation and God was dealing with me on some issues that I had that I needed to work through and so when we got together, I knew and I just was waiting for it.   When I told [my big sister in the business] Tasha Smith, ‘DeVon is my husband,’ She was like, ‘You know he’s celibate right. Like for real celibate’. I said, ‘I am too’ [but] It was only a couple of months. I was getting myself together.

DeVon has a book he wrote solo called “Produced By Faith,” which encourages people to fight for their dreams and develop their faith.

With Lisa Raye also marrying a preacher, I hope this doesn’t become the new thing for the fees trying to “get on”. LOL