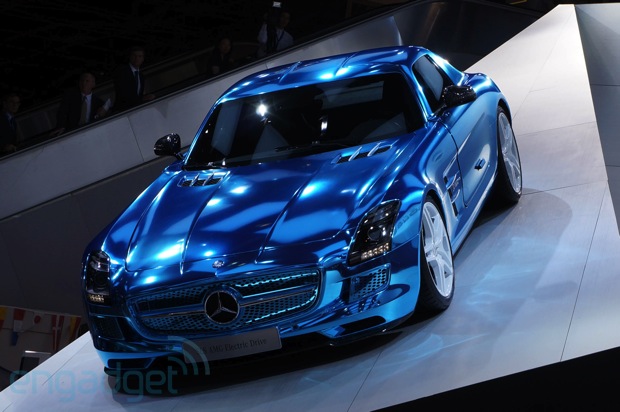 It’s the Mercedes-Benz  SLS AMG Electric Drive, it’s launching next June. The Electric Drive is a full battery-powered machine, the thumping V8 stripped out and replaced by not one but four electric motors, one for each wheel, delivering a combined massive 750 horsepower — nearly 200 more than the gasoline-powered version. That’s good enough for a 3.9 second 0 – 60 time, top speed of 250km/h (155mph) and a range of 155 miles. Very healthy figures, all thanks to 60kWh of lithium-ion batteries strewn throughout the car. And, with a custom charger, it can be fully charged in just three hours. Oh, and two more things: 1.) . The car will finally go into production soon ahead of a release in June 2013. 2.) It will cost a cool $500,000.  via. Engadget.com