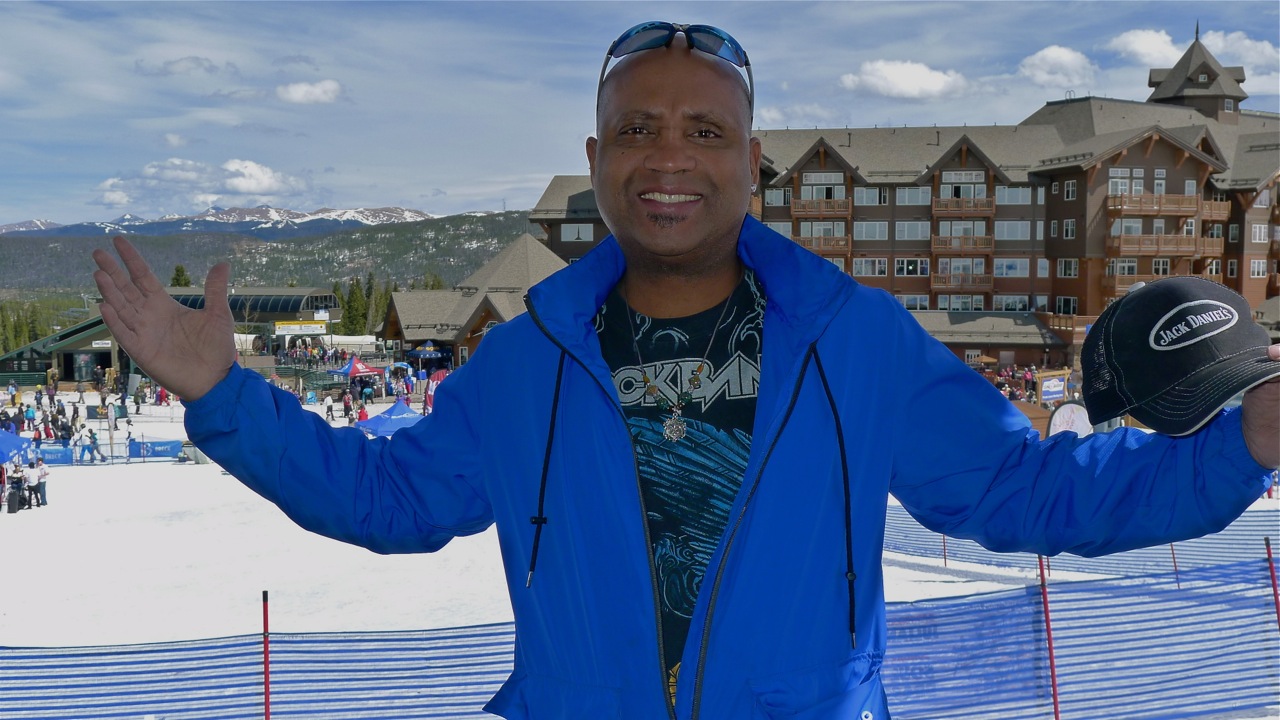 Derrick “Oops” Moss. I was born in Charity Hospital and went to Lafayette Elementary (several years before “Lil’ Wayne”). I attended school at McMain Magnet, where I learned how to read and perform concert music, and where I learned to play drums and percussion. I finished my last two years of high school at Alcee Fortier School, where I marched as the tenor drum section leader in the school band with “Slim”, CEO of Cash Money Records. After graduating high school, I joined the Southern University Marching Band, where I became their Drum Major, (as a freshman!) After graduating from Southern with a Bachelor of Science Degree in Design, I joined the US Air Force Reserve. After basic training, I moved back home to New Orleans, where I joined the “Young Olympia Brass Band”, which was the launching pad for the introduction of the “Soul Rebels” to the world. And the rest, as they say, is HISTORY!

MyHellofALife.Com recently got a chance to do a little Q&A with Bass Drum player Derrick Moss check it all out below..

Q: Can you tell me how long has the soul rebels been in existence?

A: The Soul Rebels have been in existence since 1991 and began as The Young Olympia traditional Brass Band. The 2 drummers, Lumar LeBlanc and myself, Derrick Moss, are the only 2 original members left.

Q: What are the challenges if any working with such a large band? Describe the chemistry between the group members, and what bond you all share through music?

A: The challenges of working with a large band is only as small as the amount of big work you put into finding the right people to work with. In other words, we have gone through many members over the years, to get to the well gelled unit that we have now. And we all are mutually connected in one way or another. Our chemistry is fueled by our mutual love for the music and the fact that we all came up in the New Orleans marching band community. And also, by all of us being professionals.

Q: What was it like traveling to Europe and performing in front of that crowd?

A: Traveling to Europe is always exciting, getting to know if your music has stood the test of time. We rock the sold out venues every time! I think we are kind of addicted to doing that over and over again. Pretty nice habit, huh!

Q: Being from New Orleans what are the most often questions/comments asked by fans and supporters about the rich new orleans musical history while traveling?

A:  Are you guys really from New Orleans? (For real)

How is the city doing after Katrina?

Is it fun living there?

Do you play a lot at home?

Do you miss it?

Q: When did you discover, you really wanted to be a musician at what age?

A: I personally, was beating on pots and pans before I could walk, but at the age of about 7 or 8, my father took me to see The Jackson 5 in the Superdome. I was captivated and decided that that was what I wanted to do.

Q: Who were some of the influences of music on you personally growing up and even now at current time?

A:  My biggest musical influence is my mother, who is an organist, pianist, choir director, and singer in the gospel church. She was doing that before I was born, and did it while she was pregnant with me! Of course The Jackson 5, Michael and the Jacksons, Roger and Zapp, my 2nd concert dad took me to see, Earth Wind and Fire, The Isley Brothers, P – Funk and George Clinton, Whodini, The Neville Brothers, Tina Marie, and Louis Armstrong. I guess you can tell I’m Old School. I leave all of the Rap, Hip Hop and Bounce stuff to the younger guys in the band. But don’t get it twisted, i am a funkateer, and Bootsie Collins told me that we have a different kind of funk, but keep the funk alive!!!

Q: How did the opportunity of playing with rapper Rick Ross on tour come about? And what is the official name of the tour?

A:  That is directly related to the best Jazz manager in the world, our manager Mr. Ted Kurland and his partner Mr. Adam Shipley, who are always putting us in the right place at the right time. This is still in negotiations, so nothing is finalized yet.

Q: Even though you have traveled and played all over the world, Is New Orleans still your favorite place to perform? And what places would be 2nd or 3rd if so?

A: Yes it is! There’s no place like home!!! My 2nd favorite place is London. 3rd is Spain.

Q: If you can go back and tell your younger self anything not just music wise but life in general what would it be?

A: It would be to not be afraid to be who I am and follow what’s in my heart and soul, and speak up and outward for everything that I believe in. In other words, march to the beat of your own drum, regardless of what is being forced upon you!

Q: What is some advice you can give to a person interested in pursing a musical career?

A: Stay in school and learn everything there is to learn about your particular craft and style, on the highest level possible!!

If you want to keep up with Derrick and the rest of The Soul Rebels, see where they will be performing next see pics and footage make sure to visit www.thesoulrebels.com