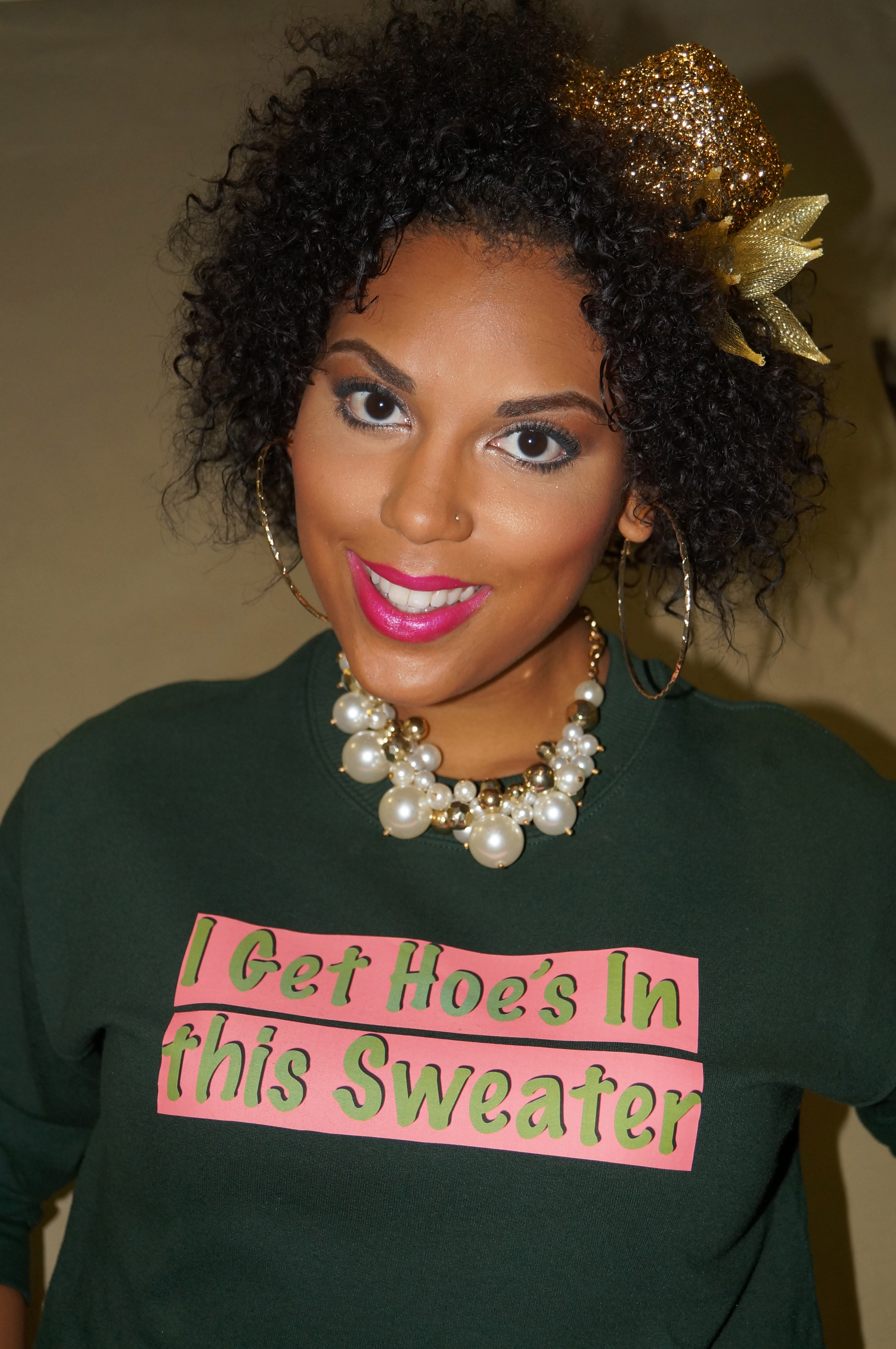 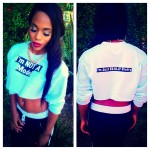 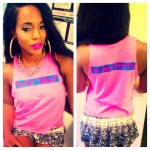 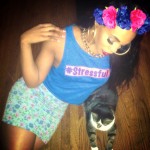 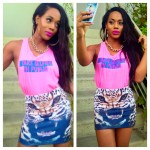 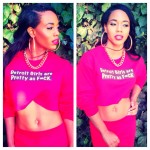 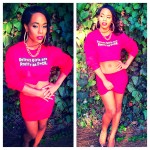 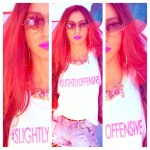 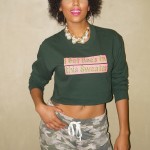 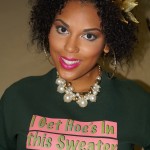 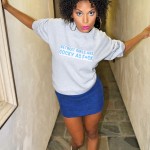 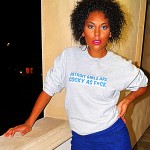 Detroit native, Rosa Palacios has always been Slightly Offensive. By merging her love of fashion, art, satirical blogging and culture; Rosa has developed a brand, Slightly Offensive by rosa palacios, that represents the voice of the highly ambitious, confident, modern woman. She uses word play on t-shirts and sweaters to build the voice of her brand. Rosa grew up in Detroit reading Vogue and writing short stories. She then started her collegiate career at Xavier University in New Orleans and later transferred to the University of Texas at Arlington after hurricane Katrina. After completing her Master’s degree in Psychology, Rosa unexpectedly ended up going back to the world of retail, where she was inspired to start her own company that would allow her to make her own unique imprint on the world around her. Rosa’s “don’t take life so seriously” philosophy has allowed her to find humor in times of adversity. She lives by the Theodore Roosevelt quote “Pull yourself up my your own bootstraps.”

Rosa’s goal is to inspire other women to aggressively chase their dreams.

Check out some of what Rosa has to offer that is dopely Slightly Offensive. Its everything from daring to what most people want to say in a pretty dope package.