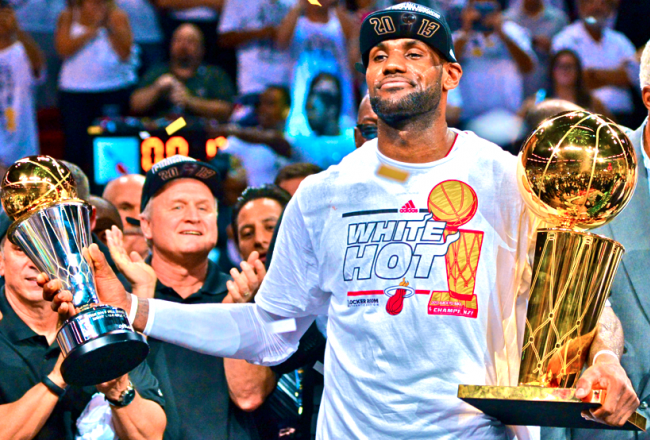 After a hard fought series a champion was crowned in South Beach last night. The Miami Heat defeated the San Antonio Spurs 95-88 Thursday night in Miami to win their second consecutive NBA title. The Spurs had a defensive game plan to slow the Heat, and they stuck with it throughout Game 7. But Lebron James and the Heat proved to be too much in the end.

Congrats to LeBron and the entire Miami Heat organization!