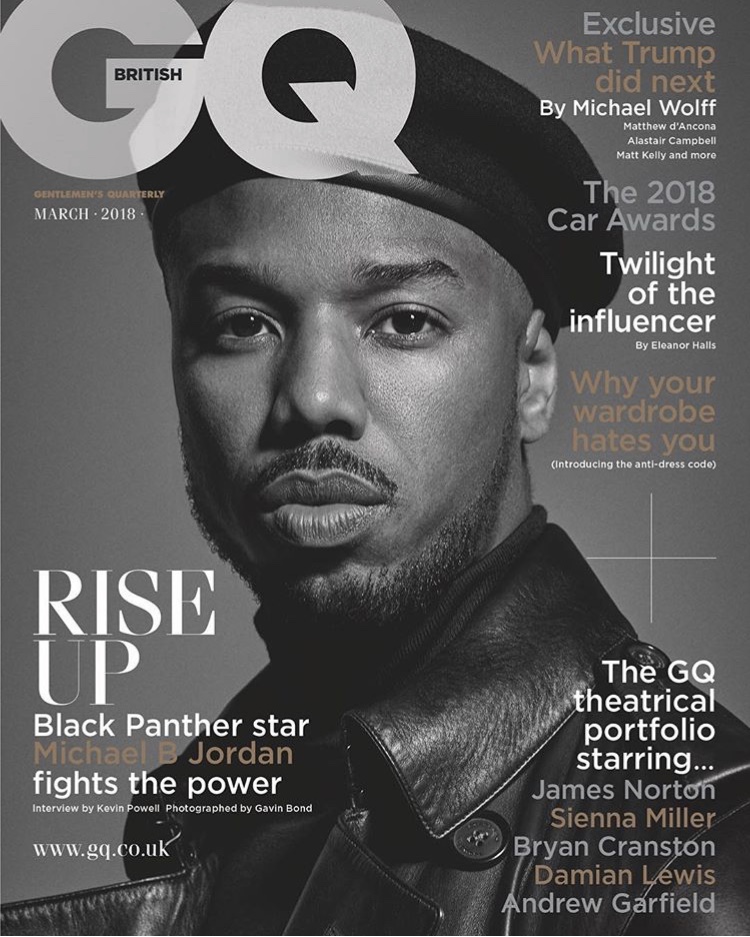 Here is an excerpt from the cover story..

“I think it’s extremely important,” he shares. “I feel like I never had that many actors to look at and inspire me growing up. Black actors that I could identify with, that look like me on screen… And I’m just thinking about what this movie is going to do to the kids growing up… Black kids, white kids, all kids because they can imagine just as much as we can, but specifically black kids who don’t have that many positive examples to look at on TV and film. We’re giving black people power, royalty – we don’t gotta be crackheads or gangbangers, selling drugs or robbing people. We don’t have to be comic relief. We can be superheroes. Imagine what that’s going to do to the imagination and ambition of kids watching these movies. That’s the real impact of this film.”

read more by buying this copy of GQ British