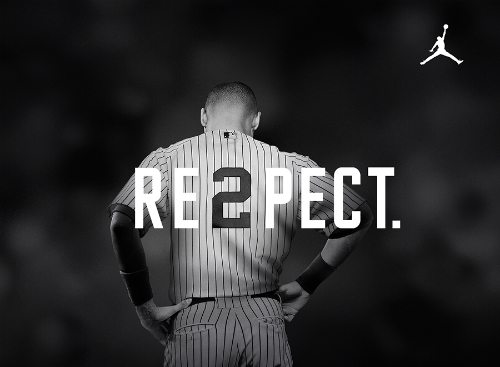 New York Yankees captain, Derek Jeter, is retiring at the end of this season. Jeter has been playing in pinstripes for 20 years, becoming the face of the team. The Jordan Brand releases RE2PECT as a tribute to one of their own featuring countless people tipping their caps to The Captain. The All-Star has 12 signature cleats through the brand, more shoes than any athlete working with them-besides Jordan. In 1999, he became the first Jordan Brand-endorsed baseball player. Michael Jordan, Jay Z, Tiger Woods, Billy Crystal, Carmelo Anthony, Phil Jackson, Action Bronson, former New York Major Rudy Giuliani, Mets and Red Sox players, and more are part of the moving tribute. Watch the ad below before it makes it debut during Jeter’s final All-Star Game on Tuesday.