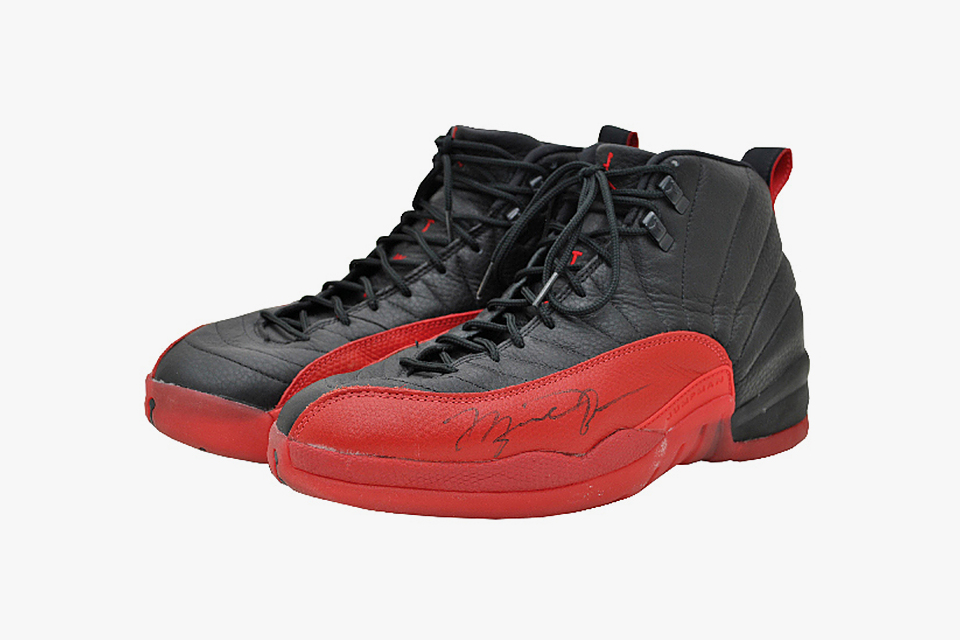 After developing a friendly relationship with Michael Jordan, Utah Jazz ball boy Preston Truman found himself with a piece of NBA history: the black and red Air Jordan 12s he wore in the now infamous “flu game” that took place during the 1997 NBA Finals. Autographed by His Airness himself, the shoes recently fetched $104,765 USD early Thursday morning – shattering the record price paid for a pair of game-worn shoes in any sport. Recently, a collector paid $31,070 just last month for a pair that Jordan wore in his rookie season. According to ESPN, “Truman said the proceeds of the auction won’t go to anything ‘overly exciting,’ besides the usual college education fund for his children and car payments. Although he says selling the shoes was never about the money, he has another revenue stream for the future: a pair of game-used shoes Jordan wore in the 1998 Finals.”