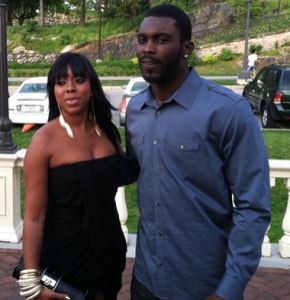 Mike Vick got married over the weekend as well as celebrated his birthday..It is being reported that Vick dropped $300,000 for the event at the Fontainebleau resort in Miami,Fla.. reports saying that waffles and chicken were on the menu and that it included private pool-side concerts by Gym Class Heroes, Maroon 5 and Flo-Rida.

Considering that Vick recently signed his second $100 million contract, I feel like he made off pretty nicely not too much out his pocket..