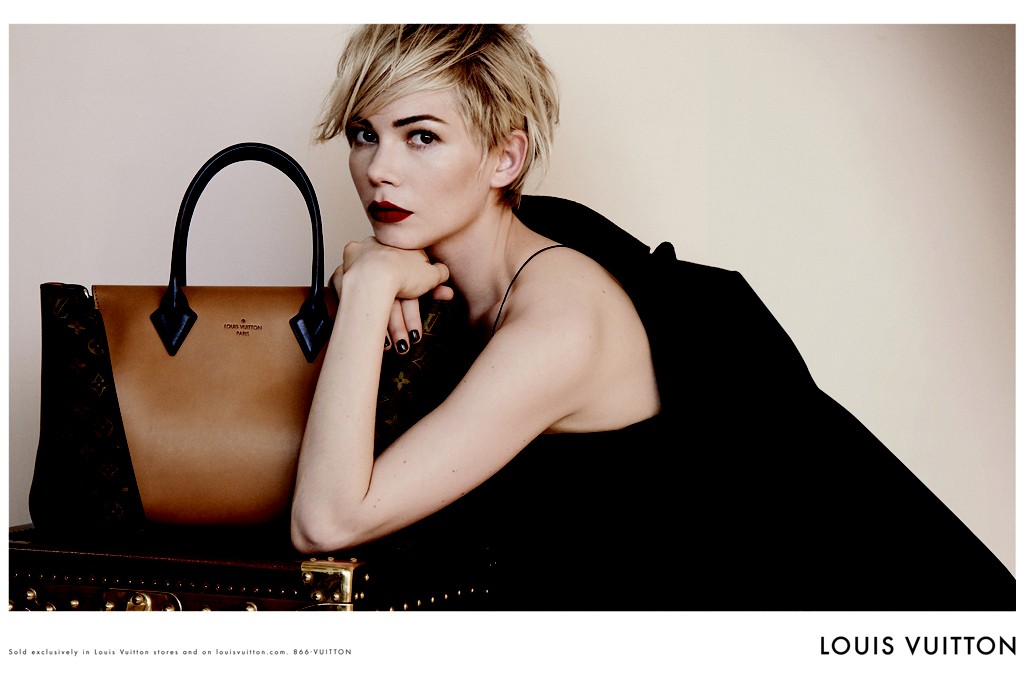 Louis Vuitton has tapped actress Michelle Williams to appear in a campaign spotlighting two new handbags, the W and the Capucines.

Perhaps best known for her role in the 2005 hit “Brokeback Mountain,” the 32-year-old has never previously appeared in a major fashion campaign despite her strong red-carpet pedigree.

Photographed by Peter Lindbergh, the actress leans on vintage Louis Vuitton travel trunks and shows off the new ‘W’ and ‘Capucines’ bags. We love her messy crop by Sam McKnight, and the strong red lip and dark eyebrow makeup by Stéphane Marais.

Debuting on August 2 in Marie Claire France, the two adverts are set to appear across the September and October issues of fashion magazines.