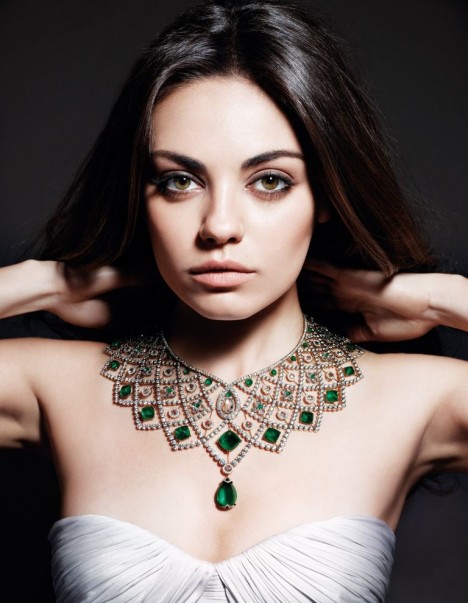 As the company’s new brand ambassador, the Hollywood actress has added her face to Gemfields’s latest advertising campaign, photographed by Italian fashion legend Mario Sorrenti and styled by Anastasia Barbieri.

In her new ad campaign, Mila sports one-of-a-kind emerald and ruby accessories created in partnership with Fabergé, which was acquired by Gemfields last year.

Kunis recently toured Gemfields’ Zambian mine, Kagem, which produces approximately 20 percent of the world’s emeralds. “Mila has blown me away with her energy, enthusiasm and dedication,” said Gemfields CEO Ian Harebottle.

London-based Gemfields is the world’s leading colored gemstone producer, but this is the first time the company has hired a brand ambassador. The adverts are set to run around the world in publications including Vogue, Vanity Fair, Bazaar and W.ViaLuxuo