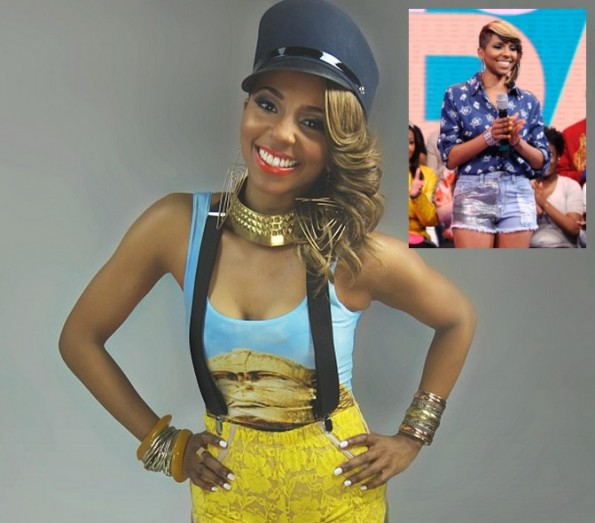 Miss Mykie, who was a co-host on 106 & Park for a few months spoke to Ebony.com about her departure from the show and her next steps. When asked about leaving the show (getting fired) and her feelings towards BET, she said,

“It’s all love with BET and it will always be. I support BET and they support me 100 percent with my future endeavors. We communicated about what was going on. It’s the TV and entertainment world and you have to prepare yourself for transitions that may come. Change is inevitable. I have grown to understand that it’s just a part of life. It allows you to learn more about yourself. It can be scary or it can be exciting, and whether you like the situation or not you have to keep it moving and make the best of it.”

So what’s next for Miss Mykie?  She told Ebony that she’s using the large social media following she’s gained to launch the first ever talkshow on Instagram! She and her management team iYO Visuals are using the platform’s 15-sec video clips to highlight her personality and fresh take on pop culture.

“I fell in love. I was like ‘OMG this is so innovative and creative,’” she says. “I was sold after I saw how professional it was. Everyone already has their own show on YouTube, blogs and websites, but nobody has done it on Instagram.”

But the talkshow isn’t the only thing Miss Mykie has in works. The budding rapstress also announced a new single that features rapper and singer Future, and she has set her sights on becoming an actress.

That’s all fine and dandy, but I want to know what happened exactly because 106 & Park changes there hosts like they change underwear. I’m a little upset.