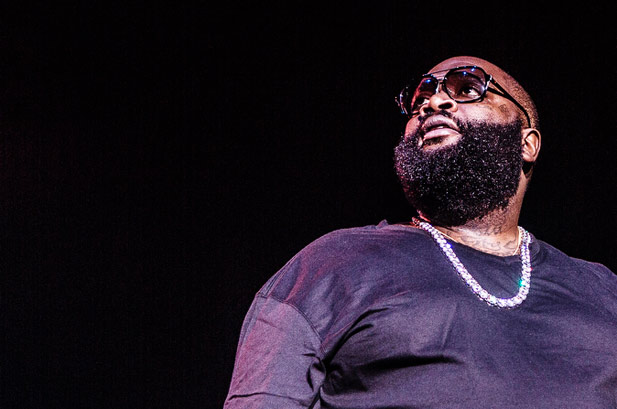 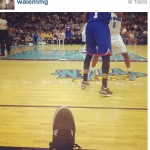 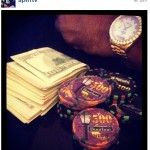 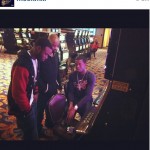 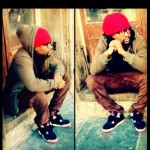 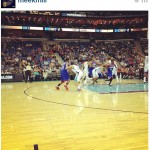 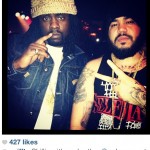 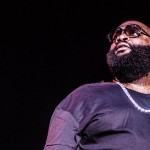 MMG arrived in New Orleans on Tuesday night and immeditately fans felt their presence..Wale along with MMG’s Videographer SpifftTv attended ASAP Rocky’s House of Blues Performance that night while Meek Mill took to instagram to show his love for gambling as him and his entourage enjoyed Harrah’s casino..Later that night Spiff and Rick Ross Manager/Partner Gucci Pucci also showed their winning of chips at Harrah’s casino.. The next night Meek Mill and Wale took in the Philadelphia 76ers win over the New Orleans Hornets game in the New Orleans Arena..Thursday morning the day of the show Wale took to instagram to tell his New Orleans fans good morning by this time the city was well anticipating the night’s concert.

November 8, 2012 MMG takes over New Orleans Lakefront Arena- The show began with the energetic Bad Boy artist Machine Gun Kelly aka MGK as fans poured into the lakefront arena MGK performed his songs bouncing from side to side on the stage and even traveling into the crowd in a wild manner as only MGK would..Then the moment came where the stage was cleared and the lights was lowered and the sound of MMMMMMMaybach Music echoed throughout the building and fans begin to run to their seats in anticipation of the MMG crew touching the stage..A long but entertainning visual played on the screens showing the entire MMG camp and their lifestyle while fans looked on in excitement you could feel the energy in the air.. And then you heard Wale’s voice “They gone love me for my ambition” and the crowd erupted.

Wale then appeared on stage where the crowd joined in to his ambitious chant, Wale then performed more of his crowd favorites like “Bait”, “Chain Music” & “No Hands”..Wale looked at the crowd and said “Y’all ready for my brother Meek?” The crowd went crazy a roar went throughout the arena and everyone was on their feet by now.. Meek voice came over the speakers rapping his intro to his new debut album Dreams & Nightmares and it felt everyone in the building sing word for word with him as he appeared on stage..

The crowd’s energy stayed high as Meek told how he loves the city of New Orleans, he then performed his street anthem “Flexing” to the crowd’s delight. Meek seemed to command the crowd as he would start and stop songs to talk his struggles and his love for the real people in the room..And then that moment happened when Meek told the crowd Rozay is in the building..The Dj SamSneak hyped the crowd as he told them to chant Rozay if they was ready to see Rick Ross..The crowd got loud as ever Rozay, Rozay, Rozay..And the music dropped “These Haters Cant Hold Me Back” and the place went wild Ross appeared on stage singing his hit song the same song he shot a video for in New Orleans months ago for.. Ross slowly walked back and forth looking out into the crowd as the fans recited his lyrics from his songs like “911”,”Diced Pineapples”, “Yellow Diamonds” and “Ice Cold”.  Ross thanked his fans for buying all of his albums including all the albums of his fellow MMG members and then he brought out on stage his new singnee Dj Ay Bay Bay a Louisiana native to announce he was now a member of MMG. Ross & Meek then showed loved to the late Soulja Slim and to friend C-Murder by playing their songs as the crowd danced and sing the songs. Overall it was a great night for MMG and their fans in New Orleans.