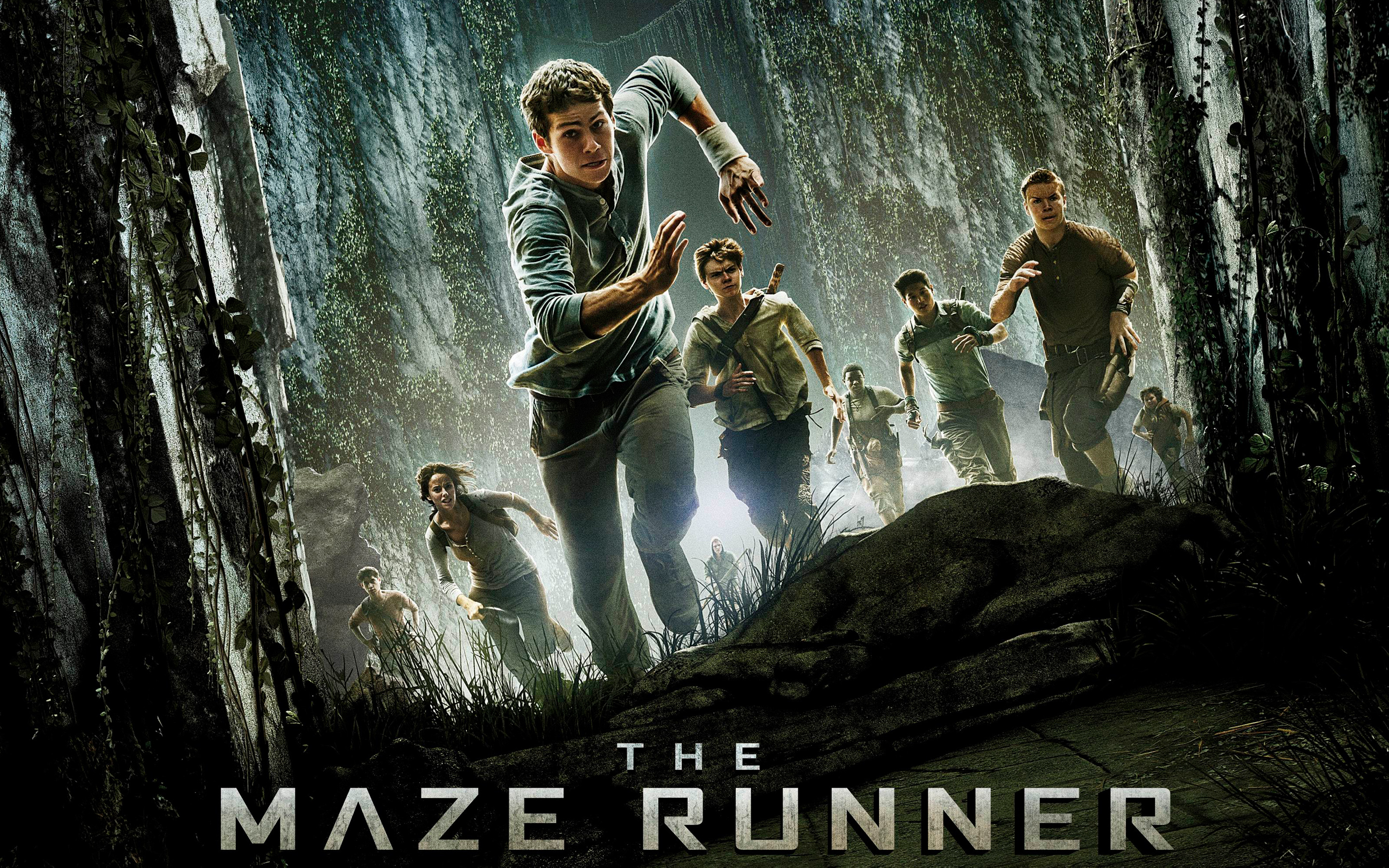 The Maze Runner staring Dylan O’ Brien (mostly known for his recurring role in MTV’s Teen Wolf) is based on the trilogy by Dashner. The science fiction action movie starts with O’Brien awakening in an elevator, memory completely wiped out. He is deposited in a large grassy field they refer to as The Glades, with a bunch of other young middle aged guys like himself, who have no memory of anything since before they arrived. The leader, Alby, was the first boy to be put in The Glades. They don’t know who put them there, or even why they are there. But having been there for over 3 years the group of boys have set up a way of living that keeps them safe inside the walls. They have gotten a routine together and started living their life as such. Thomas (O’Brien) isn’t ok with it. He’s inquisitive. He wants answers. And he won’t just settle in like the other boys. He knows that someone has put them there, and that there has to be a way out. This of course makes him problematic to some of the other boys who have grown accustomed to their life in the Glade.

Every morning the walls of The Glades open up and lead to a gigantic Maze. Only the fastest of the boys are allowed to comb The maze everyday looking for a way out of The Glades. Those boys are called The Maze Runners. But the Maze Runners must be out of the maze by sunset, for the walls close, and a large spider like creature they call The Griever is released into the maze to roam. Nobody has ever spent the night in the maze and made it out alive. Of course until Thomas takes his chances in trying to save Alby when he is injured and can’t make it out of the maze before sunset.

It seems as though these movie adaptions of these popular trilogy novels are always a hit (Harry Potter, Lord Of The Rings, Twilight, The Hunger Games) and The Maze Runner is no different. The movie is exciting and full of action. I was on the edge of my seat the entire time. I would even go as far as to say that this movie was probably better then the first films of the movies I listed above. The acting was strong, and the all characters have a certain individuality about them that make you somewhat invested in their well being. You care about the young boys. You want them to find out the big mystery of the maze, but you still want them to be safe. Especially when The Grievers are released into the Glades and a massacre ensues. You don’t know who will survive or who will die. The movie was by far more entertaining than I thought it would be.

O’Brien, the main character does, a superb job as Thomas. I was already slightly familiar with him from his role in Teen Wolf, but I think his career will most definitely take off once this movie gets more popular. I don’t recall seeing much promotion about it so i would imagine it won’t be as huge a success as a Hunger Games, but the movie was so good, and so entertaining, I know it won’t take time for the word to get out. This kid is a going to be a star. Don’t be the last to jump on this wagon. The Maze Runner was an excellent film and definitely worth your time and money.