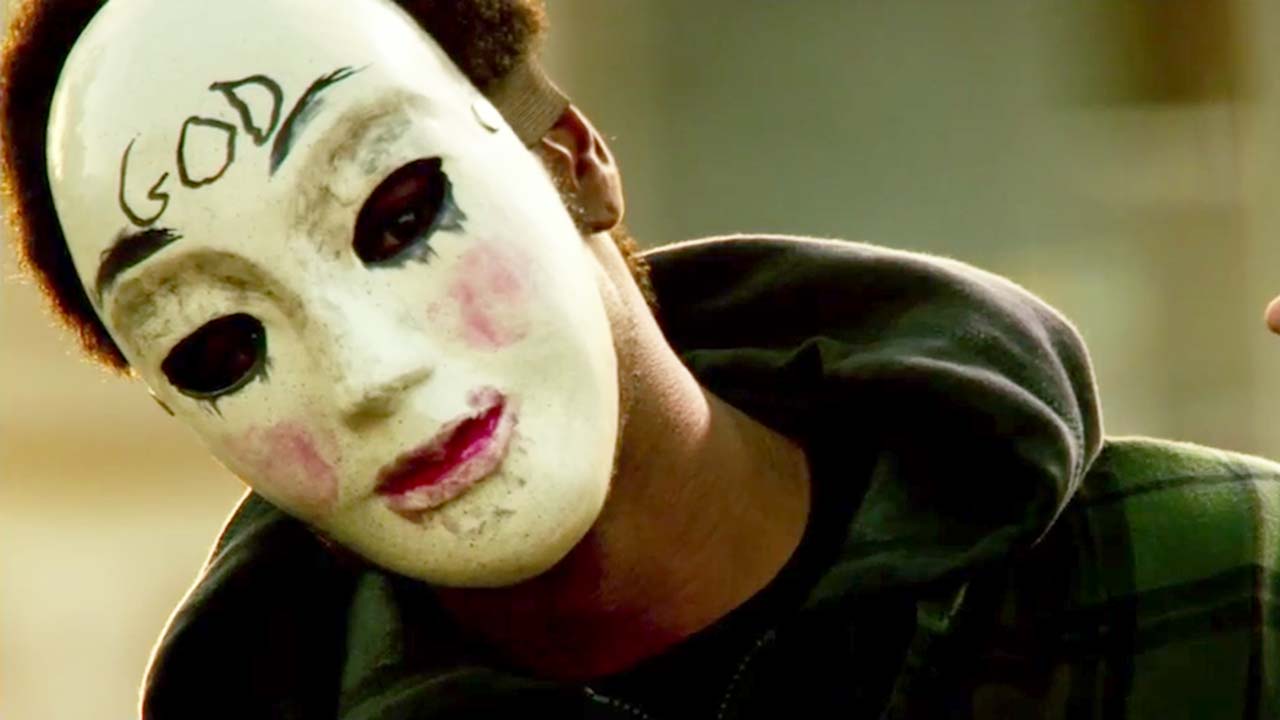 Did you see the The Purge, the first one? Because I had heard so many bad things about the first film i didn’t even bother to go see it. That’s usually unlike me, but seeing how i try to stay away from horror movies anyway, the fact it was receiving terrible reviews made it that much easier. Well before I went and saw the second movie, The Purge: Anarchy I sat and actually watched it on Starz. I didn’t think it was nearly as horrible as other people did. And i didn’t think the ending was as horrible as everyone else.

The second film starts the same as the first one did. Its the eve of the annual Purge, which is one night of  the year where all crime is legal. People run rampant and can rob, kill, steal, anything they want until the morning. This film follows a mother and a daughter, a soon to be divorced young couple, and a mysterious man on a mission. Everyone gets caught up and together and they together as a group fight their way through the blood filled night trying to stay alive till day break.

This movie was very violent but not nearly as gory as the first film. Most people died by guns, and we’ve all see someone get shot before in a movie. There weren’t many people getting stabbed with machetes or large knives like the first film. Also, the movie wasn’t even the least bit scary. But in it’s defense, neither was the first one. It was more of an action movie, rather then a horror or suspense thriller like the previews would lead you to believe. There of course were your group of thugs in their scary masks, who would do their creepy waving before they chased you down and throw you into the back of a truck… but in addition to them there was a swat team that would burst in apartment complex’s and going on killing sprees as well. Then we had a man in a huge 18 wheeler with a huge machine gun in the back and that would spray every living thing in sight.
I personally, thought the movie was a bit exaggerated. I know people would kill if it were legal, but i doubt people would try to find the most brutal way to murder random strangers.There was one scene where the rich elite folks would partake in an auction where they got to choose their victim, and then hunt them down in some kind of arena with a weapon of their choice. Real Hunger Games style. But I guess thats what makes it fiction and make believe because even with me feeling like it was slightly exaggerated, i was definitely entertained. And thats what matters most. The movie is better then its originator and thats always impressive. I just hope you aren’t expecting a horror film because you’d be sadly disappointed. The movie is worth you’re time though, without a doubt.