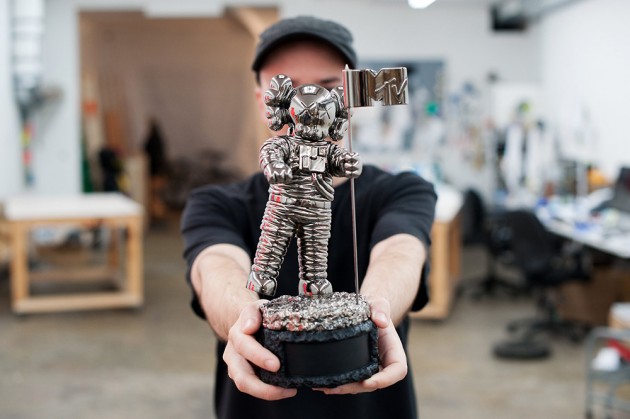 MTV has teamed up with the world-renowned, Brooklyn-based artist KAWS to reimagine the MTV Moonman for the 2013 MTV “Video Music Awards” — the first major awards show to ever take place in Brooklyn, airing live from Barclays Center on August 25. An artist whose work has been presented at prestigious museums and galleries from Los Angeles to Paris, Tokyo and Hong Kong, KAWS’ art will be present throughout the award show, influencing the design for both the set and the logo. Additionally, artists who win a 2013 “Video Music Award” will take home a special-edition KAWS Moonman.