Myhellofalife.Com In Attendace for Nav Announcement of “Reckless” Album 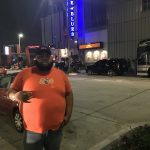 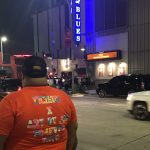 Mario Yoey Martin of Myhellofalife.Com traveled out to Houston, Texas to catch the XO rapper/prodcuder Nav. The show went down Friday may 11th inside Houston’s House of Blues. After 88 Glam opened the show hyping the crowd for Nav, Nav during the middle of his set turned the music down and announce to the crowd. “I’m dropping my album next Friday.” He Said. “I just thought I would share that with Houston, because ya’ll so close to my heart.”

Reckless the album will be available on May 18th. Come back here for the release.