Naomi Campbell ///// Does A Mean Spread for ELLE Magazine.. 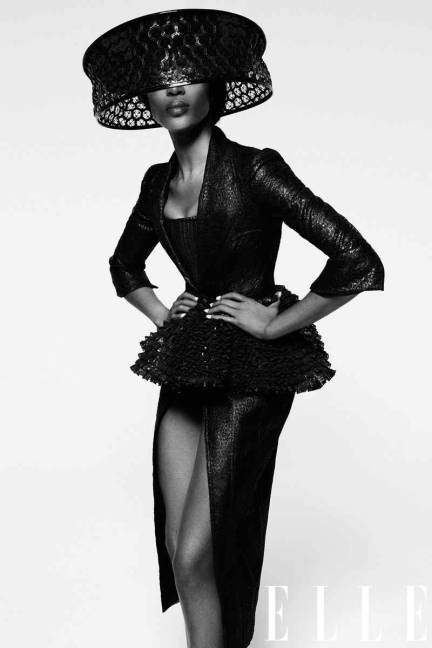 Born in London to a Jamaican mother and a part-Chinese father, Campbell spent her childhood traveling all over Europe for her mother’s work as a modern dancer; by age 12, she had tap-danced in a Culture Club video; at 15, she was discovered by a modeling scout while shopping in Covent Garden. Her first shoot landed the cover of British ELLE—the first  absurd leap of a groundbreaking career. In 1988, Yves Saint Laurent personally threatened to pull his advertisements from Paris Vogue if the magazine didn’t put Campbell on the cover—making her its first black cover model. And even after Campbell, Christy Turlington, and Linda Evangelista famously became known as modeling’s indivisible “Trinity,” Evangelista once chided an Italian brand: “If you don’t take Naomi, you don’t get us.”

Today she leans forward in her chair and addresses the Hague issue: “People acted as if I was on trial—and I wasn’t. I was a witness subpoenaed to speak.” As for the business with the cell phone? “I’m never gonna get away from it. It’s part of my history. I was remorseful and regretful. I’ve served. I did that time. And I never want to be in that position again.”