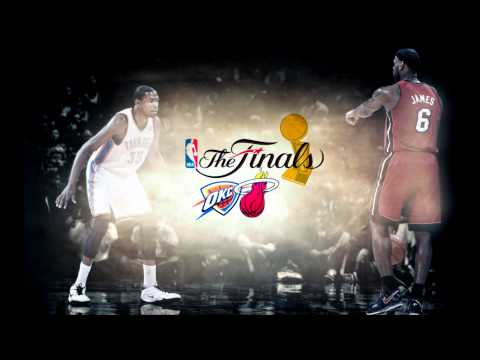 Perkins and Ibaka may play the biggest roles in this entire series. The shot blocking capabilities of Ibaka can alter the type of shots the Heat want to take. Forcing more jumpers leading to longer rebounds which lead to fast break chances for OKC. Perkins provides stability and consistency through rebounding and rim protection. His defensive fortitude and mental strength(3rd Finals apperance) has been paramount to his teams success. One of the two’s strengths maybe negated by the outside shooting of Bosh.

Chris Bosh is one of the best outside shooting big men in the NBA. His ability to make jumpers from 15 feet and beyond could open up enough space for other members of the Heat to get easier shots. Dwayne Wade could be the primary benefactor as a result. If Wade could get inside shots to fall early and Bosh hits from outside, that could bold well for a Championship for South Beach. Wade tends to step up to the intensity of the Finals. The Heat will need that leadership for success.

The Thunder will try to offset Miami’s two stars with two of their own. Harden and Westbrook both have the ability to energize the game and control the game for extended periods. They provide OKC with tremendous backcourt play and pressure on the perimeter. The percentage they shoot will go along way in determining the outcome of this series.

Well, what could u say about LBJ vs Durantchula?!?! Armageddon vs Coronation is the way I see it. The 3x time MVP can either make way for the young King or the elder statesman call fulfill his destiny as the proclaimed King. LeBron has had an incredible year but so has Durant. They have been joined at the hip all year from MVP race to Flag Football games. Its only fitting that the season ends with them both fighting for immortality. Bing, Round 1!