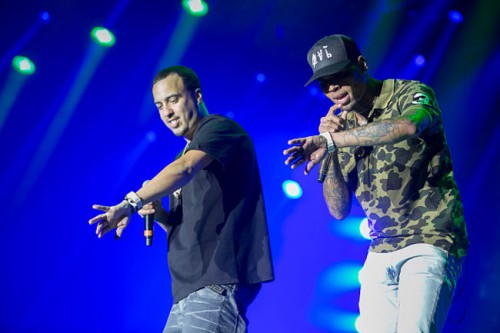 After being spotted in the studio together earlier today via Instagram (and pretty much all summer), Chris Brown & French Montana return with another collaboration after dropping “Moses” last week. With both artists on Brown’s One Hell Of A Nite tour, we should expect to hear more from these two.

Breezy also announced he would naming his upcoming seventh studio albumn after his daughter, Royalty. “Gangsta Way” is expectexd to live on the forthcoming effort.