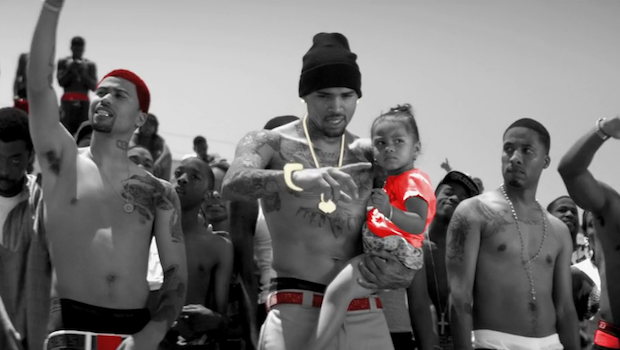 Chris Brown releases the latest single from his upcoming sixth studio album ‘X’, which is set to release on July 16th. ’Don’t Think They Know‘ features never-before-heard vocals from the late  songstress Aaliyah and just like the last single release ’Fine China’, it comes accompanied by a self directed-visual. The video was shot over in Los Angeles, California. Chris tweeted “The new single is apart of my “UNITY CAMPAIGN” which encourages all races, genders, sexes, (everyone) gay or straight to love each other!“ Chris also pays homage to Aaliyah with a holographic form of the singer and a ending note which reads “Dear Aaliyah, We love and miss you, thank you for inspiring us all”.