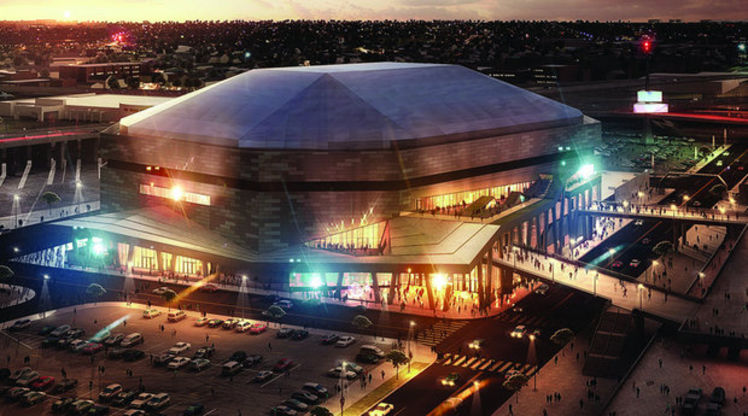 The continued evolution of the New Orleans Hornets‘ long-term future, specifically major renovations to the 14-year-old New Orleans Arena, is ready to begin at the conclusion of the current NBA season. And the result for basketball fans will be a facilities update that will bring the building to the cutting edge of arenas nationwide while increasing amenities and attractions aimed toward making the fans’ experience more pleasurable and accommodating.

As the NBA sought to find an owner that would keep the Hornets in New Orleans for the long-term, it was simultaneously negotiating with the State of Louisiana for upgrades to the building that was completed for the then-unheard-of sum of $114 million in 1999 while the state also searched for ways to relieve itself, as it did with the New Orleans Saints, of annually endowing franchise operations out of the general fund.

“There was the belief that we had to move away from the subsidized situation to basically a situation where the team could self-generate the money,” said Hornets/Saints president Dennis Lauscha. “That’s where much of this model came from, starting with us and came over to the Hornets as well.”

In artist and architectural renderings released on Friday, the “improved” New Orleans Arena offers new club locations, an internal bandstand/bar area, suite renovations, interior club renovations, as well as the creation of exterior club space, expansion of the existing Capital One Club as well as the popular Hub Club, a new V-VIP area and entrance (Very-Very Important People), as well as a limited access Chairman’s Club and a grand, new lobby, giving the building a main entrance it has lacked.

Players will benefit, as well, as the Hornets’ locker room, as well as the visitor’s quarters, will be expanded and made more plush. The visitor’s dressing room will be relocated across the hall from its current location.

The $50 million project will be completed in two phases with bids being sought in the next 60 days and work beginning as soon as the season ends.

Via.NOLA.COM
This building looks like it will be super fly!