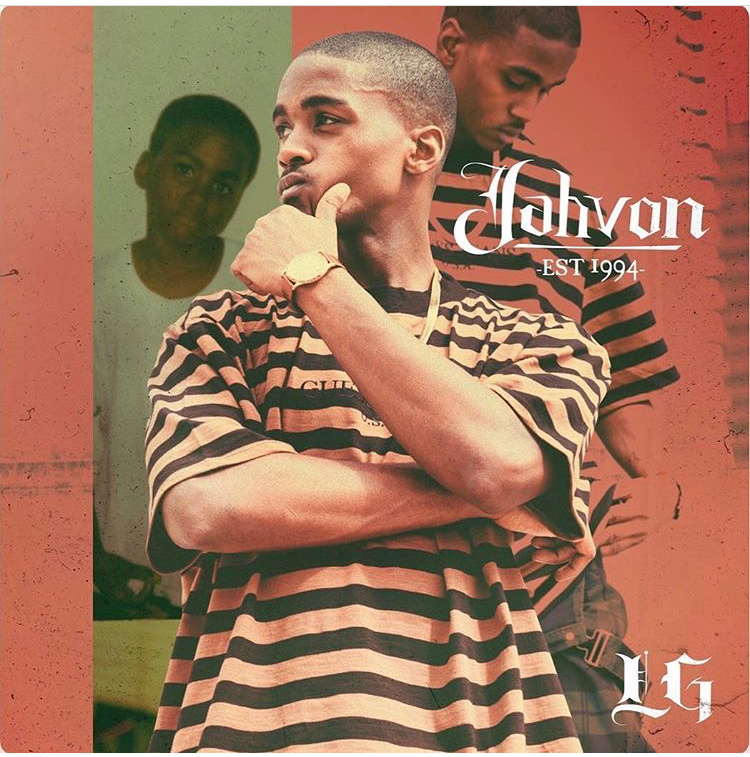 New Orleans is a unique place for recording artists. Theres a mystique about them; of course because they hail from the birth place of jazz music. It has become a responsibility all NOLA musicians have adopted, that whenever they step up to an instrument or mic, they must deliver. One guy, named LG seems to show no fear every time he delivers one of his clever tracks. LG, a son of New Orleans’ 5th Ward, launches a full body project that he most fittingly self-titles, ‘Jahvon’.

As LG’s buzz continues to rise beyond the ears of just the crescent city, he’s gaining plenty of attention nationwide. He’s already had numerous appearances on Sirius XM’s, “Sway in the Morning.” LG’s new album had to be on point as his career rises and many feel he lived up to the hype.

Mario “Yoey Yo” Martin of myhellofalife.com got a opportunity to ask a few questions directly with LG about this new project check it all out below..

Yoey: Why name the album after your real name?
LG: self empowerment!

Yoey: In the song sunshine you mention “look what the storm did to us” how old were you during Katrina and how did that experience affect you musically, if any?

LG: When I wrote Sunshine, a storm was about to hit Atlanta. I was out there working on music at the time. I thought about the one that hit Houston as well, and Katrina.
I was 11 when Kartina hit. That experience changed my life. It opened me up to new a wave.

Yoey: You mention in you’re raps sometimes fatherhood and your daughter. Do you feel like being a father changed you lyrically at any point since becoming a father? More conscious on your content or subjects you choose to write on?

LG: Since having a kid, my point of view has matured and has to continue to. I make sure we do clean versions as well

Yoey: What’s does the 5th Ward mean to
You?

Yoey: Being from New Orleans music all around you do you feel pressure representing this city as a musician?

LG: I been threw so much in New Orleans, I am New Orleans. No pressure boss!

Yoey: What do you feel about the state of music in NOLA right now in 2018? (All genres)

LG: The music scene in New Orleans dope! It’s not one sided. It’s like a book of story’s sectioned off by wards. The shit ill.

Yoey: How does you’re brother Dinero help you stay focus throughout your career?

LG: Dinero in the loop with a lot of stuff and people, that make it 10x easier to get the word out to the right people.

Yoey: How did the sway in the morning appearance first come about?

LG: I was in NY doing some things and my manager reached out and set it up.

Yoey: What do you hope to accomplish with this new project Jahvon?

LG: Whatever God bless me with, I try not to have too many expectations to avoid disappointment.

Bonus: LG “Gettin To It” Video