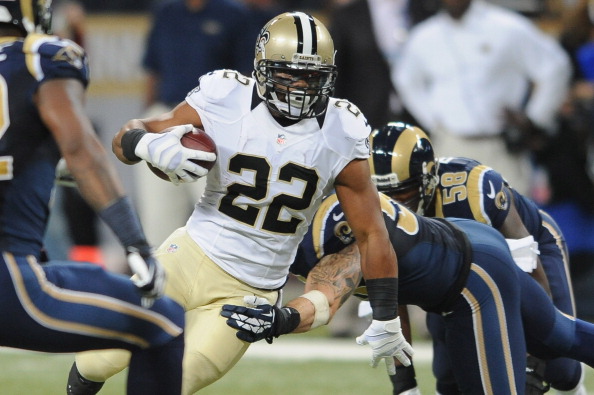 Tomorrow Night August 8th the New Orleans Saints will travel to St. Louis to play the Rams in their preseason opener. Of course we all will be watching but lets be honest preseason for most is boring and the game can’t keep our interest for long before we start playing on Twitter/Instagram or change the channel before the conclusion. But Below according NOLA.COM here are four reasons true Saints fans should stay tuned in till the finish..

1. Backup quarterback Ryan Griffin might get a chance to make nice money.

Drew Brees missed the scrimmage and practices this week so Griffin has been taking a lot of first team snaps and by all accounts he’s looked pretty good.

The Saints won’t say it, but I believe they want Griffin to be Brees’ backup. Why do I think that? Because last season when St. Louis’ quarterback Sam Bradford was injured for the year the Rams tried to sign Griffin off the Saints practice squad.

The Saints convinced Griffin to stay, cut Martez Wilson, and put Griffin on the 53-man roster. Sean Payton wouldn’t do that if he didn’t believe Griffin could be at least a viable backup.

If Griffin starts and looks good, he will solidify the backup spot and remember Chase Daniel got three years and $10 million from the Kansas City Chiefs and all he did was be moderately entertaining in preseason games. This is huge moment for Griffin. Look good and he might be in the NFL for a decade. Look bad and he might not be on a roster in September.

2. Rob Ryan needs lots of safeties so he can ‘Get Weird.’

Did you catch Rob Ryan talking about how he’s, “Always ready to get weird?” I have been joking that Ryan eventually will play 11 safeties at one time, but it might be closer to happening than a joke.

The Saints played three safeties more than any team last year. They have Kenny Vaccaro, Jairus Byrd and Rafael Bush as starters, but if Ryan plans to continue to ‘get weird’ then there are plenty of roster spots open for safeties.

Canadian football import Marcus Ball got first team snaps this week, draft pick Vinnie Sunseri will need to shine on special teams and Pierre Warren is probably an interception away from having five features written about him next week. In 2014 Rob Ryan ‘getting weird’ seems delightful so pay attention to the safeties and hope they all play well.

THE ALL SAFETY ROB RYAN DEFENSE IS WITHIN REACH!

3. Bathe in the Brandin Cooks hype

As fans we don’t need a reason to gush over some random Saints wide receiver in August. Remember Adrian Arrington or Mike Haas? They were gonna be great! Between them they caught 9 passes for the Saints.

That Adrian Arrington jersey was a bad investment by me.

Those guys weren’t a first-round pick like Cooks, but the hype around him feels different. I can’t ever recall players gushing over a rookie like this. Not Reggie Bush, not Marques Colston or any skill player.

The only guy who comes to mind is Jahri Evans. Players and coaches sung his praises from day one, but he’s a guard and while guards are important they excite fans about as much as flossing your teeth.

My biggest question is will Sean Payton keep Cooks under wraps and not show the rest of the league anything or does he bust out a couple special plays to scare Atlanta to death?

I hope it’s the latter because lord knows a boring preseason game could use an 80-yard touchdown to make it watchable. Besides what’s better in August than Falcons head coach Mike Smith having nightmares about Brandin Cooks?

There is a 99.999 percent chance Sean Payton and Gregg Williams shake hands, say hello, and ignore talking about Bountygate all together. But there is a .001 percent chance Payton sucker punches Williams, body slams him at the 50-yard line of the Edward Jones Dome and screams “Cross Fit FOREVER,” Twitter then goes insane and sucks the universe into a black hole which causes humanity as we know it to end.

Unlikely, but the possibility makes this game 15 percent more watchable.