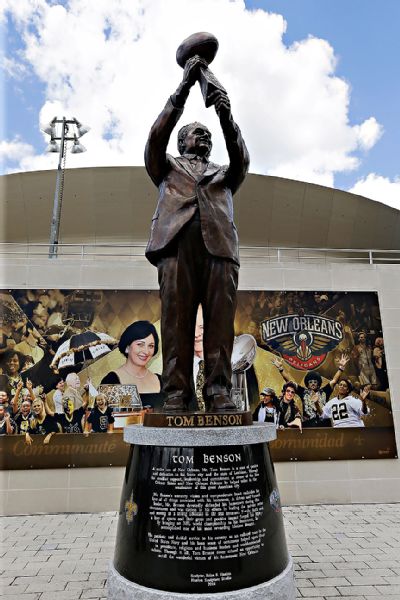 Tom Benson was overcome with emotion after a sculpture of the New Orleans Saints owner was unveiled this past Tuesday outside the Mercedes-Benz Superdome.

“Boy, that’s real nice,” Benson said as he choked back tears. “I never did think this would happen. I’m so pleased. Thank you all very much.”

Benson later told reporters, “To have something like this done for you is just unbelievable. You just go through life and you don’t think anything like this would ever happen. So it actually caught me right in my heart.”

Benson, 87, also joked of the nearly 10-foot-tall bronze statue, “I had no idea I was that good looking.”