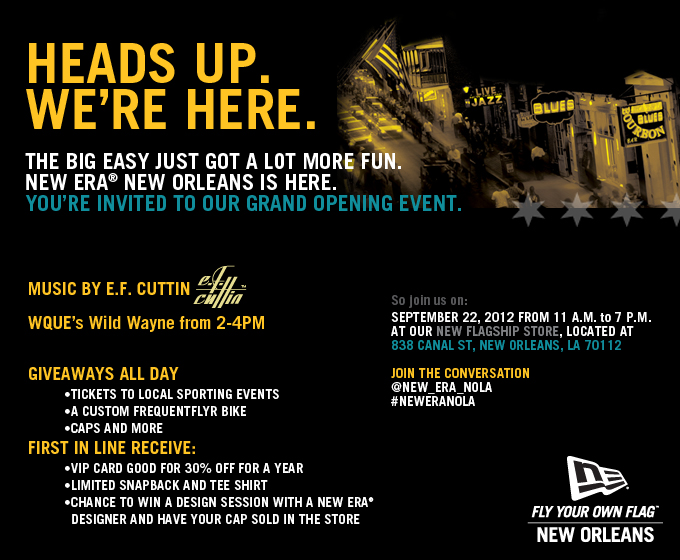 The iconic headwear New Era comes to New Orleans with a new flagship store location..Located on New Orleans historic Canal street at 838 Canal Street..The New Era store opens this Saturday September 22..this means the store will be open in time for next year’s 2013 NFL Superbowl scheduled to take place in the Mercedes-Benz Superdome..

“New Era is a great example of the type of retailers that the DDD is working to attract to Canal Street,” Weigle says  “We are proud to say that our work is paying off, as is evidenced by the increasing interest of retailers like New Era. Their build out, retail front and merchandising will be of the highest quality, and we look forward to working with them on an improvement of the building facade at 838 Canal as well. We expect this to be among the first of several big retail announcements for Canal Street.”