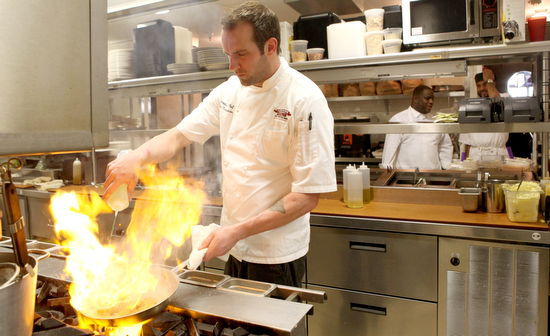 Well I’m pretty sure by now all of us have had Superior Grill several times….

Superior Seafood (4338 St. Charles Ave., 293-3474), an offshoot of the Superior Grill chain of Mexican restaurants, opened a couple weeks ago at the prominent Uptown address, once owned and ran by Copelands.

The chef is Justin Ferguson and he has a large menu with a great many varieties of shellfish and fin fish, plus steaks, pastas, entrée salads and a few sandwiches.

There is a section on the menu devoted to oysters features them raw, grilled, baked or wrapped with bacon and fried. Other appetizers range from shrimp remoulade and marinated crab claws to escargot and beef carpaccio (a spinach and artichoke dip made it on there as well). Entrees include BBQ shrimp, mussels and frites, shrimp and andouille bruschetta, redfish Creole, a blackened drum Napoleon and seared flounder. Most appetizers are between $9 and $12 while the seafood entrees range from $16 to $28.