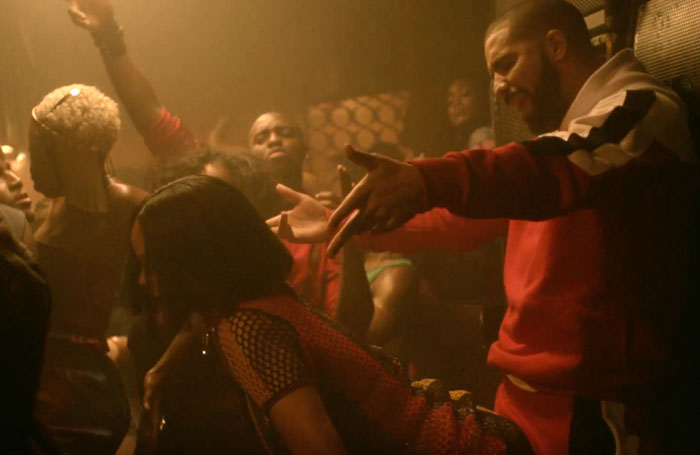 Rihanna released the music video for her Drake-featuring single “Work”,  it was filmed across North America — Rihanna and Drake were spotted shooting in both Los Angeles and Toronto earlier this year — and was teased with a 30-second clip last week before premiering in full. The video’s first half is pretty simple: the two stars roll up to a Toronto Caribbean restaurant, drink a lot of Red Stripe and dance the night away. Just when you think it’s over, you’re hit with another full video, one in which Drake and Rihanna keep dancing in a private room lit in pink and purple. (The second half is credited to another director, Tim Erem.) The whole thing stretches out over nearly eight minutes.