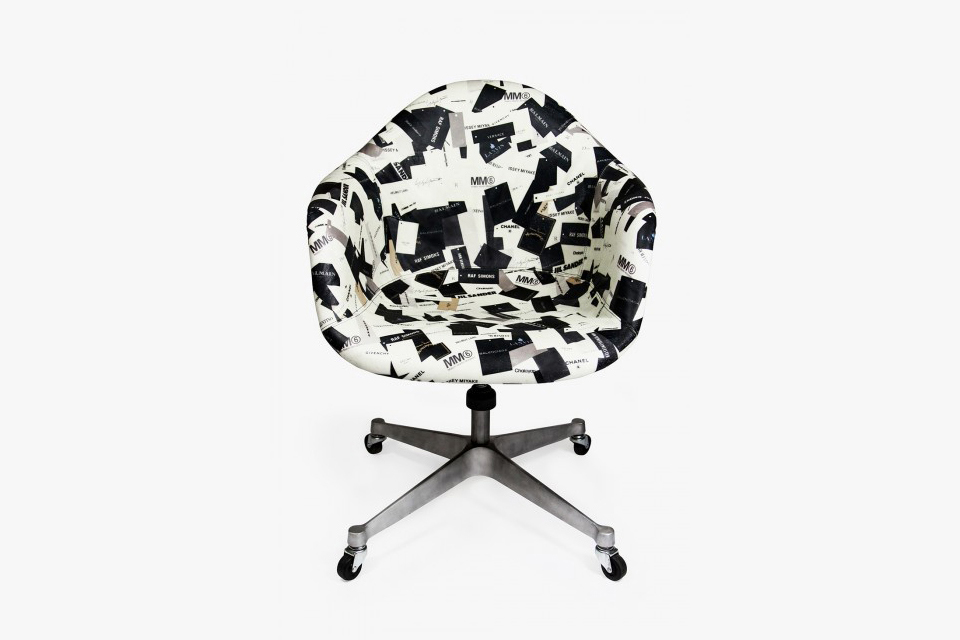 New York artist and designer Wil Fry has debuted his latest product offering. Titled “Expensive Chair,” Fry has partnered with Jamie Clawson of Valentine Goods to put this “Expensive” print all over an original 1974 Herman Miller Eames molded fiberglass armchair. GQ recently caught up with Fry to talk a little bit about the project, ”I had spoken with Jamie about working on a project several months ago, where we could utilize each other’s skillsets and produce something a little different to the kind of stuff we usually produce on our own. Eames is fitting mainly due to it’s importance in design history and the fact that it is still heavily sought after piece of furniture.”